Lumia 1020 from the usual SRP of P24,990 can now be bought for only P11,000. 1020 flaunts a 4.5-inch AMOLED Corning Gorilla Glass 3 capacitive touchscreen powered by a 1.5GHz Dual-core Krait processor. It has built-in 41MP camera, and is running on the latest Windows 8 operating system. 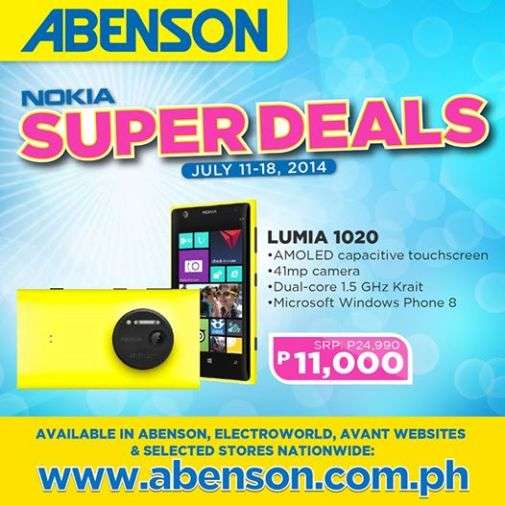 Lumia 1520 has an original price of P32,590 but during the sale, it can be bought for only P12,000 (more than 50% discount). Lumia 1520 has a large 6-inch IPS LCD capacitive touchscreen. This also runs on the latest Windows 8 OS and the 2.2GHz Snapdragon Quad-core processor is the powerhouse behind this smartphone. For sure its 20MP PureView camera with dual LED flash won’t disappoint its user. 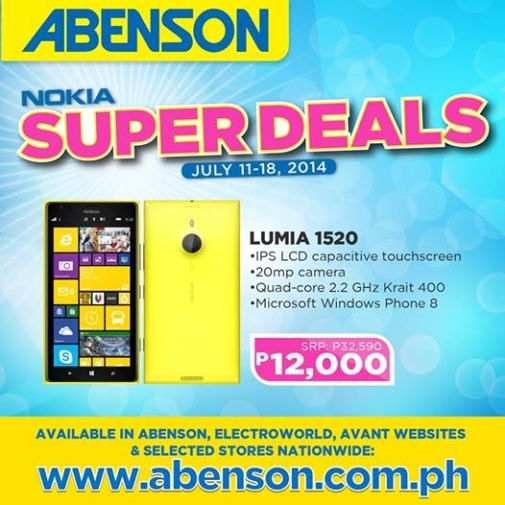 Lumia 1320 can be bought for P9000, from the usual price of P18000. 1320 is another 6-inch HD720 capacitive touchscreen display phone. This is also running on Windows Phone 8, however, it is only powered by a 1.7GHz Dual Core Qualcomm Snapdragon S4 processor. So far its 5MP camera with flash is the lowest among the three lumias on sale. 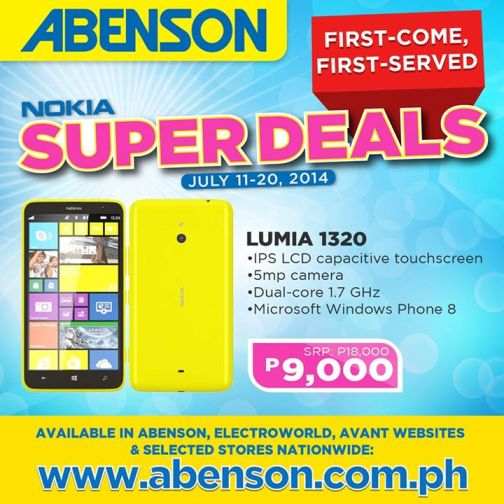 The sale is available on a first come, first-served basis at Abenson, Electroworld, Avant Websites, and in selected stores nationwide. For more details, visit abenson.com.ph.