Maroon 5 lead vocalist, Adam Levine was hugged by a fan on stage during the band’s concert held at Honda Center in Anaheim California on April 6, 2015. The bad’s popular frontman continued the performance despite getting a cut on his ear from the fan’s fingernails.

Adam Levine was performing the song “It Was Always You” during Maroon 5’s concert in California when an enthusiastic female fan from the audience, runs towards him onstage to hug him from behind.

Adam seems frightened during the incident because he initially tries to break out from the fan’s arms. He also looked shocked because the fans came from his blind spot.

Realizing there is nothing serious, The Voice coach puts his arm around the fan while he waits for the security that will escort her offstage. His deed also seems to calm down the fans based on the video. 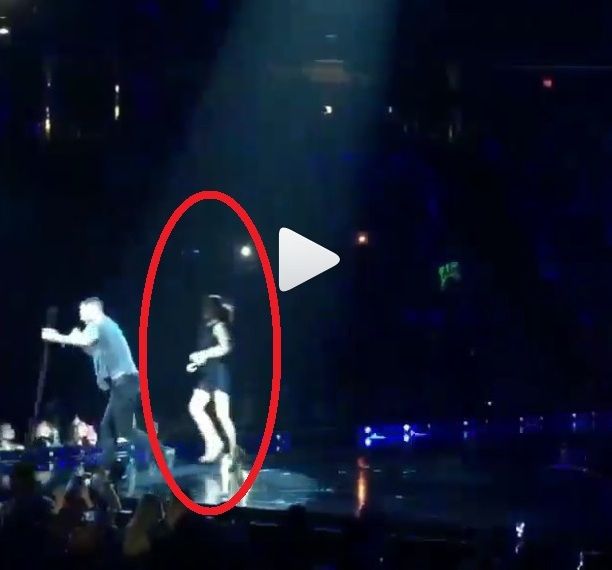 After the performance, Adam revealed that the incident was scary. He also shared that he received a cut on the ear from the girl’s fingernails. Despite the happenings, he told that it is all good and he still loves the fan that did it.

What’s commendable with regards to Levin’s action is he was able to handle the event professionally. He immediately noticed that the fan means no harm and just want to get close to him during his performance.

Next post: DepEd School Calendar for School Year 2015 – 2016 has been Released