The video of Angel Locsin doing CrossFit exercise goes viral on Facebook on Friday, January 16, 2015. Crossfit coach and powerlifter Betina Bordeos (@betinabordeos) post the video on her Instagram on January 14, 2015. It comes with the caption ‘Strong girls are happy girls,” followed with the hashtags bosslady, strongisthenewsexy, strongerveryday, and girlswholift.

Angel Locsin’s Facebook account shared the video on its timeline two days after. Since then, the clip has received more than two million views, two hundred thousand likes, and eleven thousand shares. 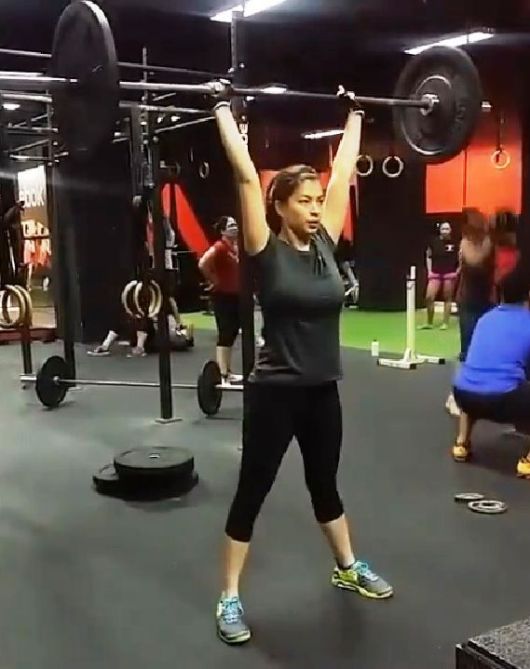 Watch her video below:

There are speculations that the reason she does weightlifting and cross fitting is that Angel Locsin will be portraying again the role of local female superhero ‘Darna.’ If you may remember Angel Locsin previously portrayed ‘Darna’ when she was still at Kapuso GMA Network back in 2005.

In an interview done by TV Patrol in June 2014. Angel Locsin revealed that she will be portraying the role of the female superhero in a movie produced by StarCinema. When she first knew about the good news, she became emotional and revealed that she started working out.

According to Angel Locsin, the TV series ‘Darna’ became the vehicle for her to be known in the showbiz industry. She added that because of the TV series she got a stable job and was able to become a good provider to her family. Erik Matti will be the director of the upcoming ‘Darna’ movie. No news yet regarding the taping and airing date of the movie.

In 2014, Angel Locsin was one of the lead stars in the top-rated TV series ‘The Legal Wife’ of ABS-CBN Kapamilya network together with Maja Salvador, JC De Vera, and Jericho Rosales. Angel Locsin played the role of Monica Santiago aka the legal wife of Jericho Rosales (Adrian Abanilla). The TV series is highly controversial since most of its female followers can relate to the story.

Previous post: Personalize Back Covers of Cherry Mobile Me Series and Alpha Style