Rovio’s Angry Birds will be hitting pigs on Facebook this coming April 2011. Surely there is a big possibility that the Facebook version of this top-rated action-packed app will be a hit like the games developed by Zynga.

It was proven since even before this game enters Facebook it was already the number one app from 50 countries for iPhone. 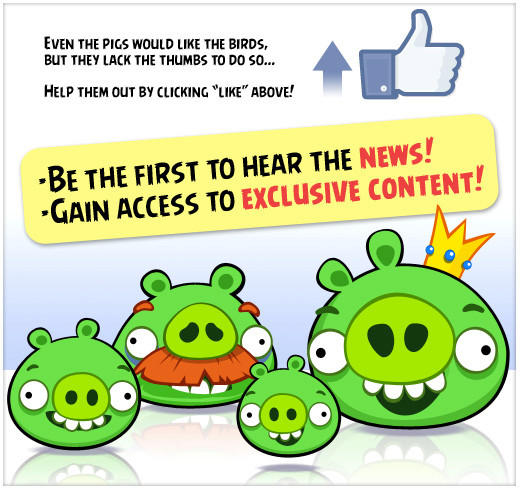 Rovio CEO Mikael Hed exclaimed that there would be completely new aspects of the game which haven’t been experienced from other platforms. He even specified that the pigs will have a more prominent role.

From the time of posting Facebook, the Angry Birds page has received 23 million likes and 22 million followers. Visit here for steps on how to play the game on the same social media site.