Anne Curtis is the featured cover photo of Rogue Magazine for the October 2011 issue. Anne was featured in three different covers which were Photographed by Mark Nicdao, Styled by Pam Quinones, Hair and Make-Up by Robbie Pinera.

Last Tango in Paris covers were Anne Curtis was holding a cigarette just like the cover issue of Miss Nora Aunor in Yes Magazine received negative feedback from the Philippine Medical Association (PMA).

As I have understood the photo might send negative information to the masses that smoking is good which is against the program of PMA.

In this “Last Tango in Paris with Anne Curtis” cover photo, it seems that she is on a balcony during night time as she does “muni-muni” after a hard day of work. 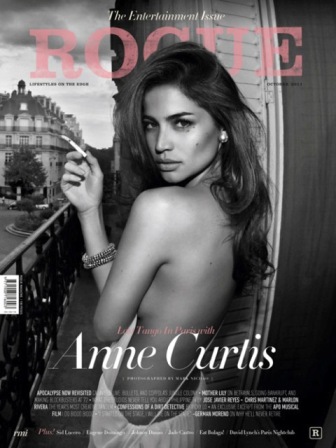 Waking up in Paris with Anne Curtis cover photo seems that the actress is preparing to wear a wedding dress. Unfortunately, she got caught off-guard by a person with camera. 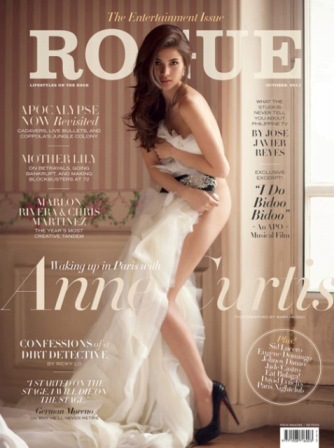 Midnight in Paris with Anne Curtis cover photo seems that the actress is about to go to a party. 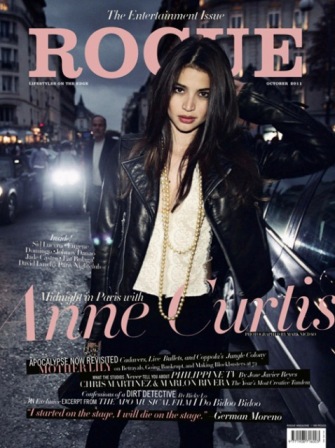 *Credits to the owner