Anne Curtis Video leaked by former boyfriend is making a buzz on the social networking site Facebook. According to its caption, the video was leaked by her angry ex-boyfriend.

For sure, many got curious, including me but when I tried to watch the video. It leads me to another link that I have to like first or follow to gain access. Unfortunately, I liked and shared the link but nothing happens, there is no video. 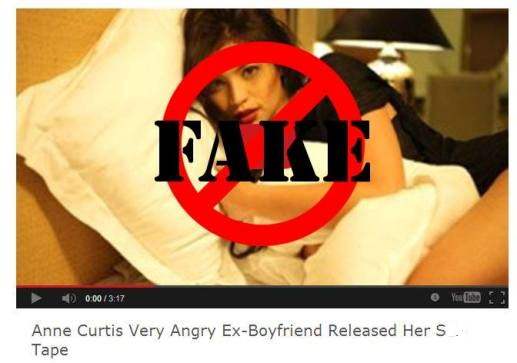 The noise that the supposed video created in social media is so loud that even the camp of Anne Curtis via her official website annecurtis.ph noticed it. They compelled to release a statement to affirm the fans that it was 100 percent fake and there is no such thing existed.

The next time that you would see the picture (above) in your Facebook news feed just ignore it. It’s a trap, don’t take the bait.

Meanwhile, this is the real video of Anne Curtis but it is not leaked by a former boyfriend, rather an exclusive photoshoot of the actress may be for a popular clothing brand. Watch it below.