I have here two videos of Apple’s iPad Air 2 bend test that are making rounds online. Perhaps, the reason that it gone viral is because many Apple fans wants to know if this second generation iPad Air with touch ID will bend like the issue on iPhone 6 plus.

Surprisingly, these two videos have different outcome; the first one breaks in just a matter of seconds, the other one didn’t despite also applying much pressure on the tablet’s surface. Watch the videos below. 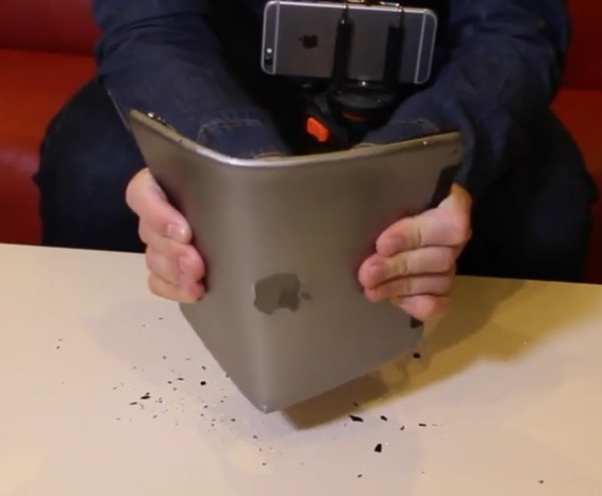 The first iPad Air 2 bend test was uploaded on Youtube by Marvin Macht from Germany. He told that he perform the bend test to provide answers to those who wants to know if the iPad Air 2 will bend. As you can see in the video Marvin tries to bend the tablet by applying pressure using bare hands on the LCD screen of the device.

Apparently, in just a matter of 2 seconds the iPad Air 2 was extremely bent from the middle, the screen warps and parts of the front glass screen fall off. According to Marvin, the device still works, but I think it’s completely useless because of what he has done to it. He added that he will return the unit to Apple store for replacement. Do you think Apple will be generous enough to replace the unit?

The second iPad Air 2 bend test video was uploaded on TabTec Youtube channel. Christof Wallner from TabTec.com performed the bend test also to know if the second-generation iPad Air will bend similar to what happened to iPhone 6 plus. He, however, tries to bend it by applying pressure on the aluminum back panel of iPad Air 2. As you can see in the video, the device does flex but didn’t bend. Nothing happened on the device after two try, it still maintained its figure.

Based on the videos, Apple iPad Air 2 with Touch ID is still bendable just like iPhone 6 plus only if you will bend it from the LCD screen. But if you would bend it from the aluminum back panel, you would get different result or will probably not bend. 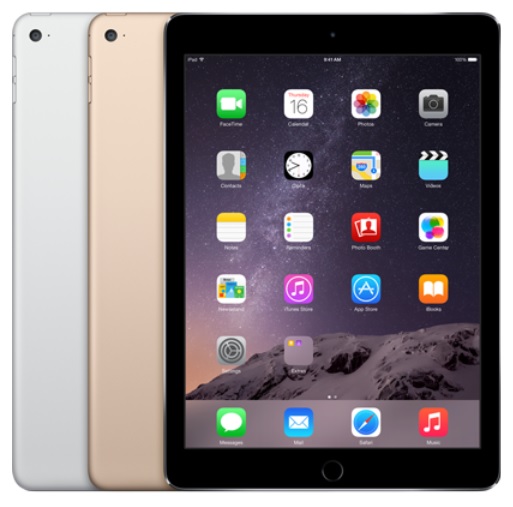 Apple iPad Air 2 with Touch ID was launched during the Apple Special Event held in Cupertino California on October 16,2014. It still has the usual 9.7-inch display but it is the thinnest iPad yet at 6.1mm released by the tech giant. It is powered by A8X chip that delivers better CPU and graphics performance. It is 40 percent faster than the A7 processor and its GPU is 2.5x faster that its predecessor. It runs on the most advanced mobile OS yet, the iOS8.