Several days ago, a video of a Tamaraw FX driver transforming himself into ‘Beast Mode’ has gone viral online. In the video, the FX driver tries to swerve, cut, and provoke other drivers just to be ahead of them while there is heavy traffic in his road location.

The driver shows his mad driving skills while in ‘Beast Mode.’ He does not want other drivers to get ahead of him. If a motorist provokes him, he’s going to make sure that the motorist will bleed. “I’m gonna make sure he’s gonna bleed,” the exact words he said on the video.

Unfortunately, his video that is supposed to show off his driving skills backfires. It even earned the ire of netizens as he shows the kind of driver that shouldn’t be given a driver’s license.

His behavior while on the road may threaten the lives of other motorists, and may cause more traffic because he does what he wants while on ‘Beast Mode.’ 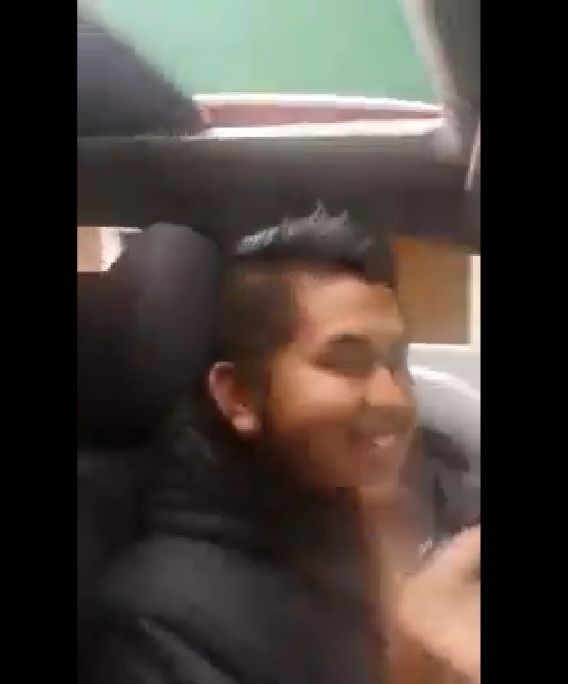 Photo of the guy who made the “Beast Mode” parody

The FX driver became popular on the social sharing site Facebook and Youtube because of the video. A motorist netizens have tried to do a parody of his beast mode dubbed as ‘Beast Mode Part 3.’ It was recorded by a Filipino in Canada and was uploaded by Matteo Do on Youtube.

Watch first the FX driver (original) video that earns the ire of netizens below:

Watch the Parody video that earns the laughs of netizens below:

The netizen records the 4 minutes 32 seconds parody video while they are on their way to 1.5 West Broadway (don’t know where that is) in  ‘Bangkuber’ (Vancouver, Canada). Watch the video because it’s gonna make sure that you will laugh hard.

Filipinos are really very creative when comes to almost anything. This video is just one of the examples hahaha. This might look funny but I hope every motorist will learn something from it.