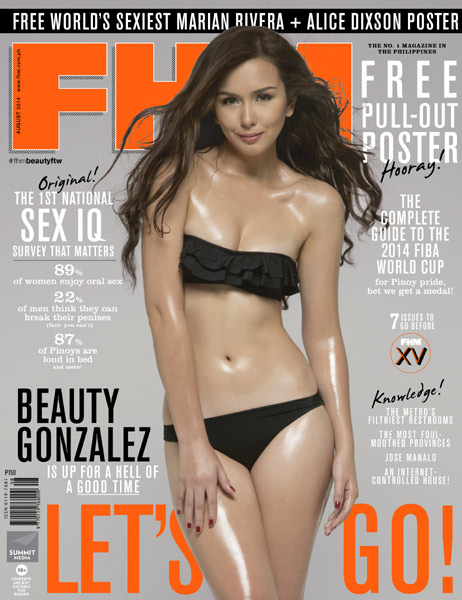 In the photo, she wore black laced tube top and black undergarment which is somewhat similar to the one she wore during the FHM magazine’s jam-packed victory party held at World Trade Center in Pasay City.

During the event, Beauty Gonzalez stunned the audience by showing off her slimmer figure, which is a lot different compared to her previous chubby body 6 years ago, when she was still inside the famous yellow house.

As of the writing, the cover photo has received 6500 likes and hundreds of positive remarks from her fans and followers