MyPhone has announced on its official Facebook page that they have teamed up with Globe Telecom to offer free 1 year mobile internet to new owners of MyPhone Rio 2 Lite. The announcement was made on April 28,2015, Tuesday.

Rio 2 Lite has a suggested retail price of P4599, but when you buy the unit, you will also get a prepaid globe SIM to experience free internet for 1 year. According to their FB page new RIO 2 Lite owners can enjoy 100MB worth of data that is valid for 15 days every month for 1 year. Terms and conditions apply.

MyPhone Rio 2 Lite is basically the beefed-up version of Rio Lite. The upgrade cannot be seen on the outside since the device still sports a 4.7 inch touchscreen display. The improvement is made on the inside particularly on its operating system, RAM, internal storage, camera, and battery capacity. 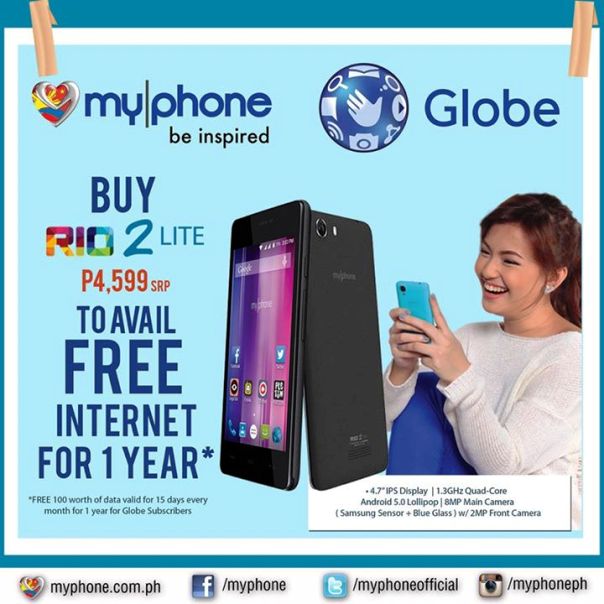 Rio 2 Lite runs on Android 5.0 Lollipop operating system that is backed with a quad-core processor clocked at 1.3GHz. The device has 8GB internal storage initial, which later on can be expanded up to 64GB using microSD card. The RAM is 1GB which is two times bigger than its forerunner. Camera is 8MP with Samsung sensor and LED flash. The front facing remains at 2MP. 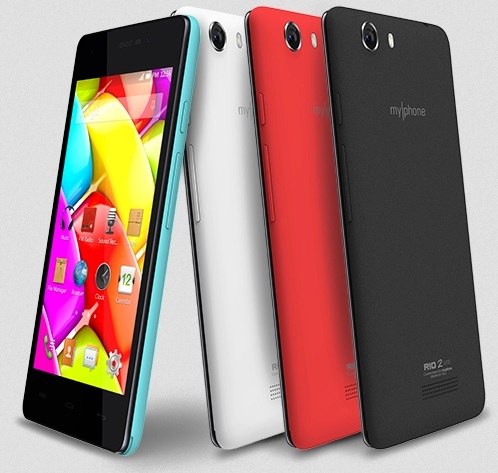 in android phone
0
SHARES
Be The First to Share with Your Friends - Its Free!
0 comments… add one