Leading mobile distributor in the Philippines Cherry Mobile has released its first wearable gadget the Cherry Mobile G1 Watch Phone. Basically, it is a wrist watch with phone (or the other way around) that has features common to other entry level cherry mobile products. It has VGA Camera, FM Radio, Music and video player. The only thing it hasn’t is the TV functionality but who knows, in the second generation it will have one. G1 has dual sim dual standby capability. It has 1.44” TFT touch LCD with Slider keypad. It can function as Mass storage to keep up to 8GB of music and video via microSD card slot. 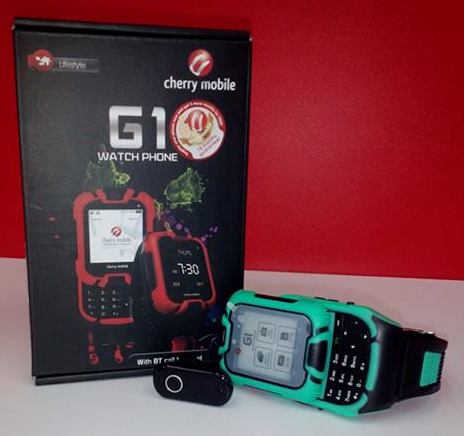 I think the only problem with this phone is it lacks a common feature of a typical watch which is waterproof. So don’t forget to remove it or take extra care when exposing to heavy rains or washing your hands in malls.

If you want to buy one, here are the lists of cherry mobile stores in the Philippines.

Next post: Best Home Made DIY Speakers for iPhone