As part of the ongoing gadget festival for 2015, CM’s gaming tablet – the Cherry Mobile Tegra Note 7 is now being sold at P2000 off.

Tegra Note 7 sports a 7.0-inch HD touchscreen display. It runs on Android 4.4 Kitkat operating system. It is powered by an NVidia Tegra 4 quad-core processors plus an extra battery-saver core to better the performance and battery life.

The GPU is NVidia GeForce with 72 cores to enjoy even the latest games without the lag. Tegra Note 7 has built-in front-facing speakers for better audio quality. The device has an initial 16GB storage which is expandable up to 32GB and 1GB of RAM. 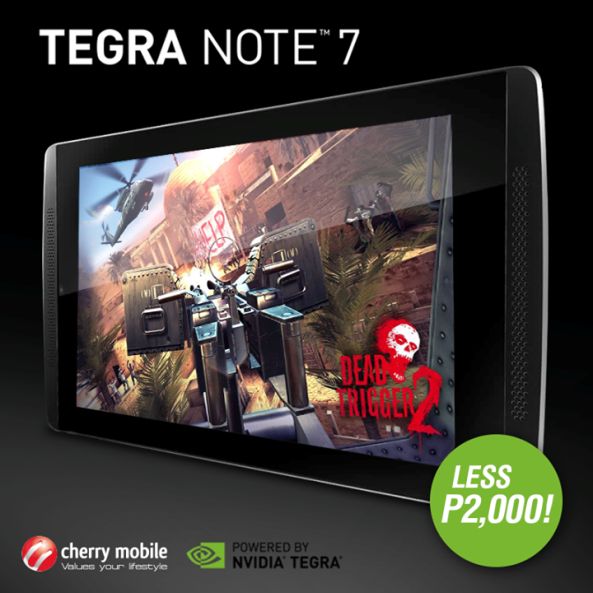 The device is now available in any Cherry Mobile stores and kiosks nationwide.

Next post: Doris Bigornia airs side on The Script Concert Incident, Apologizes to Richard Lim

Previous post: Cherry Mobile Me and Me Fun 4-Day Sale, Priced at P1999 Each