Chito Miranda and Neri Naig Prenup video is out now courtesy of a fast-rising / popular digital Photo and Video Company in the Philippines – Nice Print Photography and Exige Weddings. Watch the “save the date” / prenup video below.

Celebrity couple Chito Miranda and Neri Naig have shared their prenup video thru the former’s official Facebook page on October 24, 2014, with the accompanying caption “This is it, Pancit!!!” According to the video, the wedding is going to happen on December 14, 2014.

The prenup video was filmed in Nuvali, Laguna sometime in August of this year. It was supposed to be an outdoor sunny shoot but then it rained.

The owner of Nice Print Photography, Charisse Santillan-Tinio revealed on PEP.ph via text message that the video was planned to be an outdoor sunny shoot however, it rained. Despite what had happened, the Parokya ni Edgar lead vocalist and Star Circle Quest alumna decided to push through the shoot. The video and photos turned out so much nicer and unique. Here are some of the photos to give you an idea. 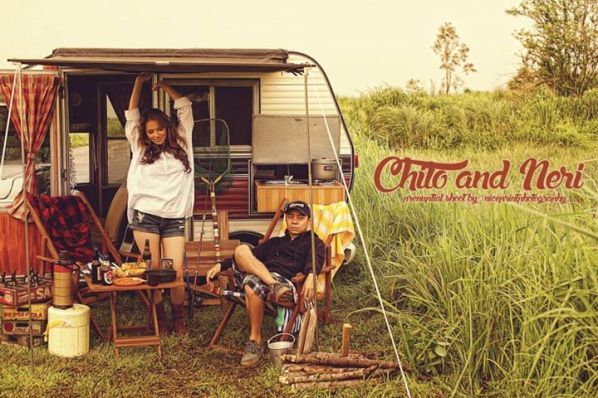 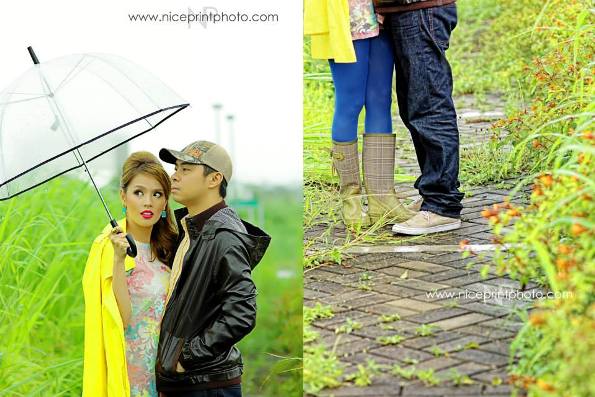 Ms. Tinio added that the “Essence of the video thus is, we can’t control what life brings us–but good or bad, we just need to weather the storm as long as we’re together.”

Watch Chito Miranda and Neri Naig Prenup Video below:
The 1 minute 43 seconds video features many scenes of the couple. It includes sitting next to a classic Volkswagen Beetle turned RV (perhaps while waiting for the sun to shine again), driving on the Nuvali road, and leaning to an old piano.

Chito Miranda and Neri Naig got engaged in May 2014. At that time, Chito planned his proposal carefully so his now bride-to-be Neri Naig will become surprised as the event unfold.

The whole idea for the proposal was Neri is going to star in a music video. But the former didn’t know that Chito has prepared a different plan for her. A plan that would bring their relationship to a different level.

He collaborated with Nice Print Photography, and friends to make Neri Naig star in the imaginary music video while he prepares for the actual proposal. Chito Miranda shared that he wanted to properly document the proposal with Neri Naig. The event happened at the Angelfields Nature Sanctuary in Silang – Tagaytay in Cavite.

If you haven’t watched the proposal video, then check it out on the youtube channel of Chito Miranda.

In some scenes in the video, you will see Neri was walking towards a huge projector. Everything seems natural with her until she read the phrase reflected on the screen that says, “Ako na siguro ang pinaka swerteng lalake sa buong Cavite.”

It is probably the time that Neri got a hint on what is about to happen.  When those words show up, you will see the teary-eyed vocalist as he walks towards her.

This is the continuation of the phrase on the projector, “dahil mapapangasawa ko yung pinakamagandang babae sa eastwood. Kung papayag siya?” 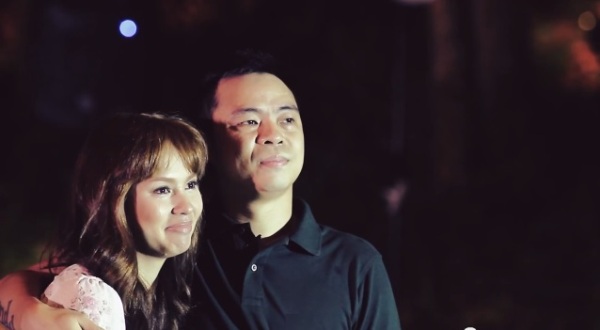 Afterward, Chito kneeled down and ask Neri’s to marry him. She gladly said, “Of course, YES!”

Months prior to the proposal the soon-to-be husband and wife Chito Miranda and Neri Naig were in the limelight due to their controversial part 1 and part 2 private video that became viral online. Their relationship was not shaken by the incident rather it made them grew stronger. As the saying goes, true love conquers all. 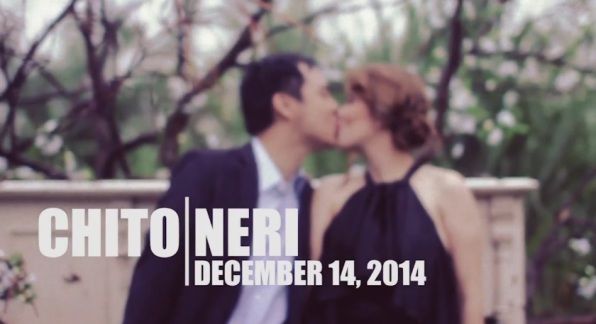 The 38-year-old Parokya ni Edgar Lead vocalist Chito Miranda and Star Circle Quest finalist Neri Naig were a couple since December 2011. Three years after, this December 14, 2014, they will finally tie the knot, so save the date.

Chito and Neri finally tied the knot not once but twice

Yes, you read it correctly. The couple got married twice. The first was a civil wedding on December 13, 2014 (Saturday) in a restaurant in Taguig City. The second is a garden wedding ceremony held in Silang Tagaytay on December 14, 2014 (Sunday).

in Showbiz News
25
SHARES
Share This
0 comments… add one

Next post: Davao Taxi Driver: I don’t need your MyPhone, I have an iPhone