Daniel Padilla will be having his second major concert on April 30, 2014, after his sold-out concert last year. This is in time for his 19th birthday on April 26, 2014.

Dubbed as ‘ Daniel Padilla at the Big Dome,’ the concert will be once again dedicated to the fans that support him in his projects from box-office movie, double-platinum album, and the hit TV series Got To Believe with Kathryn Bernardo. 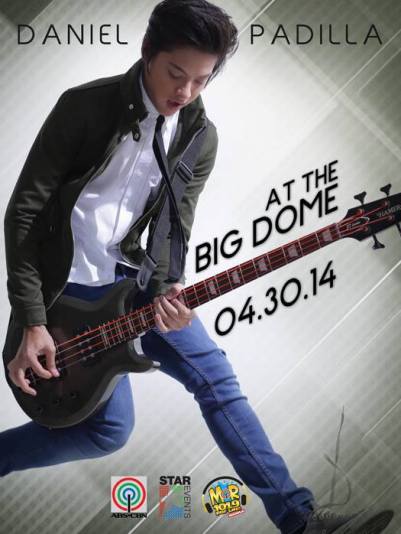 The tickets for “Daniel Padilla at the Big Dome” concert are available on ticketnet.com.ph, SM TicketNet outlets, and in Smart Araneta Coliseum. For your safety avoid purchasing tickets from unauthorized resellers as it may be counterfeit or invalid.

Venue
The concert will take place in Smart Araneta Coliseum and will start at 8 PM.

Next post: Don’t Install Flappy Bird as it May Break Your Phone