Don’t Install Flappy Bird as it May Break Your Phone

Flappy Bird occupies the top spot for free apps in both Google Play Store and Apple Apps Store. It is all over my newsfeed with my friends complaining how difficult it is during the actual play.

In case you’re living under the rock, Flappy Bird is a retro-looking game with 8-bit graphics developed by an independent developer from Vietnam, Dong Nguyen. It available in the IOS app store since May of 2013 but mobile phone gamers only noticed it in the early months of 2014. To be honest, at first glance, it looks like the Super Mario Brothers game in Super Nintendo back in the ’90s. 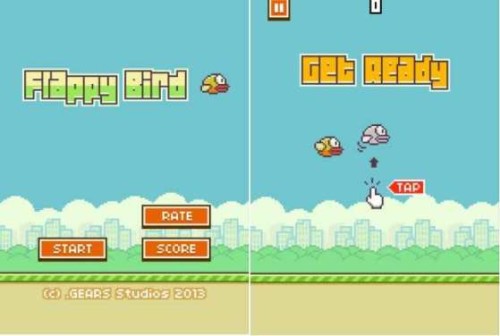 The Flappy Bird’s gameplay is very similar to Pugo Game. It’s very simple, unlike any other existing mobile game. You can play the game with just one finger and one action which is tapping the screen of your smartphone. By doing so, the bird will fly seamlessly. What makes it difficult though is the concentration it requires the player, the timing, and the frequency of the tap.

The bird seems like a newbie flyer as it does not know how to glide. If you missed a second to tap on your screen, the bird will fall vertically.

To score a point flappy bird should not touch the Super Mario Bros looking pipes. If it does, it will fall to the ground and ITS GAME OVER. No retries, no 2nd, and 3rd lives. You have to start over again. It’s frustrating, right? 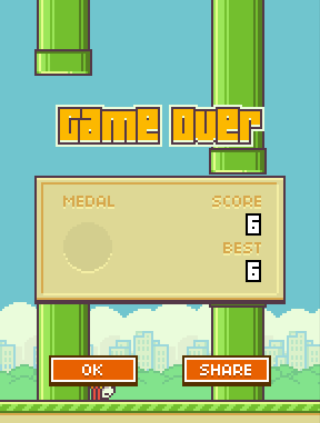 Because of its unexplainable difficulty, you will feel stressed and your frustration will be over your head to the point that you would want to throw your phone against the wall. If you have that feeling, stop playing (if you can) and delete it immediately. Alternatively, you can just play other mobile games that are more enjoyable and less stressful than Flappy Bird.

Take this as a warning as many have done it with their helpless iPhone. Don’t install flappy bird as it may break your phone.