Dota (Nakakabaliw) The Movie Now showing in Philippine Cinemas. Who would have thought that someone in the film industry would think about producing a movie, which was themed after the popular multiplayer online game DOTA (Defence of the Ancient)?

Judging from the three-minute trailer and the background RAP song, the movie tells about a student (Butch) who used to be dedicated to his studies but when he starts playing dota, he eventually became a junkie. 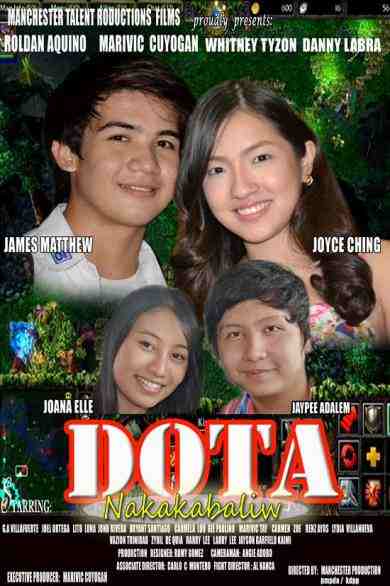 He now spends most of his time playing the game and no longer goes to school. Apparently, his parents are not aware of it as they are also busy with their own vices and business.

Butch became so attached to dota resulting in joining a competition involving money. Unfortunately, it leads to something very unacceptable. I assume because of the online game they got involved in a street fight costing the life of his brother, which eventually turned into zombie (yay!!!). Also, Butch loses his head and has to go to rehabilitation.

Anyway, for the rest of the story I would suggest you watch the “DOTA Nakakabaliw” the movie trailer below:

What can you say about the trailer, or maybe about the poster? For me, I really don’t like the fight scene (the guy holding a keyboard), and that Butch’s brother who awakens and became a zombie is very unrealistic.

Also, Dota should be played with 5 members how come Butch’s team only have 4 members (scene prior to the guy throwing CPU outside the computer shop).

The promotional poster should also be improved as it is not appealing. Its like screen capturing the standard dota map and placing the heads of the cast on top of it. Also, the letters used in the word “DOTA” do not match with the theme of the game.