Gab Valenciano, son of renowned performer Gary Valenciano has auditioned to popular talent search. He is going to showcase his talent in upcoming 9th season of Americas Got Talent.

Gab confirmed on ABS-CBN News that he had auditioned in the talent search. He performed dance routine based on his super selfies. However, there is no news if the young performer made it through the screening. 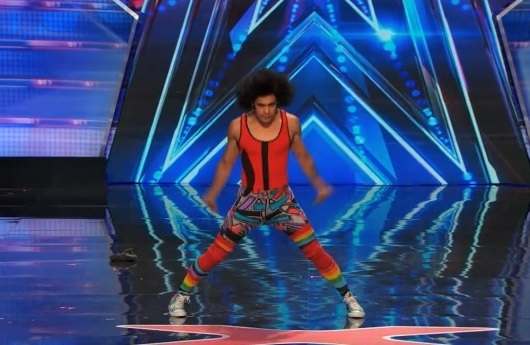 Previously, Gab has captured the world’s attention by uploading 15 seconds video in his Instagram account and later on in Youtube. The video features him doing energetic dance steps, wearing tights aerobic-like clothes, and doing funny stuffs synchronously with a unique music that he also produced.

At first he was the only one featured in the video, but in recent uploaded super selfies, he was with father Gary V, family members, Sam Concepcion and 90’s popular dance group Manoeuvres. The noticeable thing is that he usually removes his shirt at the end part of every video.

Gab Valenciano name his videos “Super Selfie” because he is basically a one man team. He is the one doing the shoot, edit the video, conceptualize the routine, and produce the unique music. He is also the star performer in it. It is without a doubt that Gab is multi-talented individual in his own way.