Globe brings back their unli free Facebook promo this October 2014 no strings attached. Globe announced that they will be launching the unlimited Facebook promo which will be available to its 43Million postpaid, prepaid, and Touch Mobile (TM) subscribers.

The service will be accessed without data charges and will be available even without the use of WiFi. 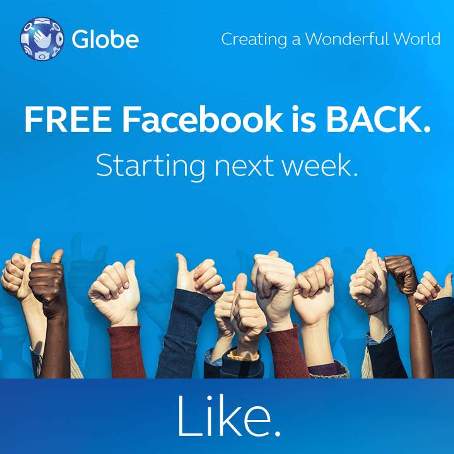 Globe Telecom free Facebook promo can be accessed using a feature phone and smartphone via Facebook’s mobile version, m.facebook.com. Subscribers only need to do one time registration so they can enjoy sharing photos, videos, likes, and status updates on this popular social networking site.

To register, interested subscribers have to text FREEFB and send it to 8888. Once confirmed, they will receive instruction plus the link to enjoy Free Facebook access worry free. 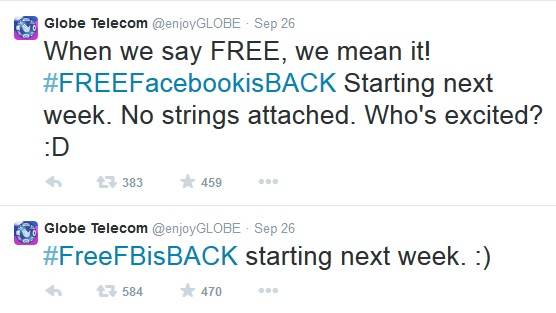 After several days, Smart has announced that they will also be giving their postpaid, prepaid Free Facebook access on top of the free data allocation.

This bold move from the two telecommunication giants would surely benefit their respective consumers. Perhaps, the only remaining concern is if their network can cope to the demand of their subscribers.

Globe previously launched the Free FB promo during the last quarter of 2013 (October 2013) which lasted for 6 months until April 2014.

Tagged as: All about Globe Telecom Inc