Here is the winning answer of Beauty Queen Gloria Diaz during the Q and A portion in the Miss Universe pageant of 1969. Her answer has made the judges picked her to win the prestigious crown.

She is the first Filipina who won the crown as Miss Universe during the pageant’s 18th event held in Florida USA in July of 1969. Ms. Diaz at that time was only 18 years old. Yet, she bested 60 other beauty queen contestants.

The year 1969 is historical for the Philippines and iconic for everyone in the world. The reason is it is the first time a beauty queen from the Philippines was able to win the Miss Universe crown.

During that same year, is when the time the first man was able to set foot on the moon. The astronauts who made historical events happened are Neil Armstrong and Buzz Aldrin.

Out of the 60 contestants, the judges have picked the top 5 who will answer that Miss Universe question. The top 5 finalists are Finland, Israel, Australia, the Philippines, and Japan.

There is only one final question that the finalists have to answer. Since this is the case, the beauty queens have to stay inside a soundproof booth while they wait for their turn.

Miss Universe 1969 Question: In the next day or so, a man will land on the moon. If a man from the moon landed in your hometown. What would you do to entertain him?

Gloria Diaz Answer: Oh, the same things I do. I think if he has been on the moon for so long. I think when he comes over, he wants to change. I guess.

Watch the video for her performance during the event.

For your reference, I will also include here the answers of the 4 finalists. I only transcribe it based on what I heard so I apologize if I interpreted it inaccurately.

Miss Finland Answer: Wahh, what a question. Well, we have not got very much of entertaining things I think in my city because it’s a small city. Not like places like her anyway. Well, I would go out and have some fun with him I suppose.

Miss Israel Answer: I don’t know what entertain means… Its difficult to say in English. I will do the best what I can to do to him and the best reception for him.

Miss Australia: I don’t know, I do song and dance.

Miss Japan: (according to the interpreter) She would like the man on the moon to see her city. 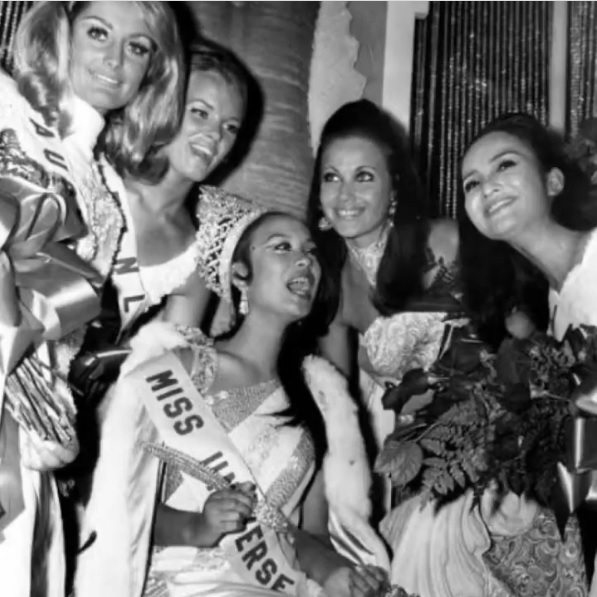 Based on the answers of the contestants. The judges of the Miss Universe 1969 pageant chose Miss Gloria Diaz to wear the crown.

Previous post: Can I Remit My Contribution in SSS Manually?