Aside from Starbucks, I considered Shakeys as one of the best places to conduct a group study. I and my group mates were able to prove it many times.

Especially, since we get the couch seat located on the side near the glass window. The location is quiet as there are few people walking next to it.

During our MBA we were required to defend business-related cases. It was given to us in advance so that we would be able to set our own schedule with each group member to have meetings. The reason is most of us were working on a different industries.

We were also tasked to portray role as a presenters, examiners, and evaluators. Presenter role would be the one to present and defend the case. Examiners are the ones who cross examine the courses of action provided by the presenter. Evaluators portray the role as an audience they also serve as a mediator between the two. 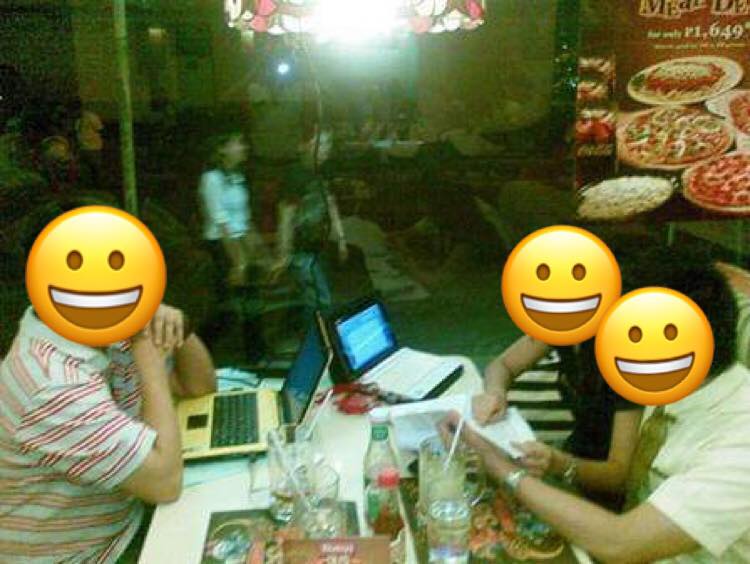 We normally met at Shakeys near our area to conduct group meetings. We stay at the restaurant normally for 6 hours from 6 pm to 12 midnight.

The ambiance was favorable to students because it was solemn and the feeling was fresh since it has an air conditioning unit. We order the “bunch of lunch” or sometimes “super platter” plus bottomless lemonade or iced tea.

After eating we would occasionally request the waiter to refill our drinks until we finish our meeting. We have done it several times and it was a good experience.

When it comes to cost, I think the price of a cup of frappuccino would equal the cost of the food/value meal that you’re going to order at Shakeys. So yeah I think it’s value for money. If given a chance to have a group study again, surely, Shakeys will be my first venue of choice.

Next post: Cheap Hotel / Suites in Bohol for Family Travelers

Previous post: How to go to Subic Olongapo, Zoobic Safari, and Ocean Adventure from Manila