Easy: How to Get to PITX in Parañaque?

Paranaque integrated terminal Exchange (PITX) is a transportation hub located at the Diosdado Macapagal boulevard southern part of metro manila. In this post, you will find the different directions going to PITX.

The transport hub is within the boundaries of Paranaque and is very near Pasay city. Currently, it is the terminal for public utility vehicles going to provinces such as Cavite, Laguna, and Batangas. It also caters to PUVs to the different cities in the MM.

As of the moment, Pitx is the biggest transportation hub in the country. it is sitting on 4.5 hectares of land and can accommodate an estimated 200,000 passengers daily. It is bigger than the bus hub in Araneta Center in Cubao Quezon City.

The available routes for the Cavite are NAIC, ternate, Dasmarinas, GMA, Trece Martirez, Mendez, and Tagaytay.

There are provincial buses that are bound to parts of Bicol particularly Bulan, Daet, Naga Sorsogon, and Legaspi. These are the available destinations as of the moment but one thing is for sure, the coverage is growing.

I was able to get to the hub many times. The reason is so I can ride a bus going to Cavite particularly to the province of Silang and Tanza from Manila.

Based on my observation, PITX is probably the most organized public transportation terminal in Metro Manila. It is comparable to world-class bus terminals in other countries that I’ve traveled to.

Also from the inside, the passengers’ waiting area looks really nice, kind of reminds me of a domestic airport.

Pitx has varieties of offerings. you can find fast-food restaurants, shops, atm machines, pharmacies, clothing stores, offices, and a spacious private vehicle parking area. This is on top of the transportation terminal which is the hub’s main offering.

I would say that Pitx is very accessible. You can get there by public jeep and busses. You can also utilize LRT 1 going to the locations where there are jeep and shuttles passing by the PITX.

How to get to PITX

There are many directions going to the transportation hub that I haven’t mentioned. But as long as you are familiar with LRT 1 and LRT 2 stations stated earlier then you can get to pitx easily.

From Monumento or manila

The fastest way is to ride the LRT 1 from Monumento station then alight at Gil Puyat or EDSA station.

If you choose to get off at Gil Puyat/Buendia station. you can walk towards the Pasay city Academy then ride the PITX shuttle.

The alternative is alighting at EDSA station. Walk towards the direction of the metro point mall. Ride the orange jeep then get off at PITX.

You can also ride the traditional jeepneys bound to Baclaran that passes by Taft avenue. Make sure to alight either to Gil Puyat or EDSA LRT station.

From Quezon City to PITX

The fastest way is to ride LRT 2 from Gateway Cubao station in Quezon city that is bound to CM Recto station. When you arrived in Recto, walk towards Doroteo Jose Station of LRT 1. From there ride the lrt bound to Baclaran. Alight in edsa or Gil Puyat station. Then ride orange jeep or shuttle, respectively.

From Alabang to PITX

The simplest route is to ride a bus bound to edsa. When arrived in edsa walk towards the metro point mall. From there ride the orange jeep then alight at pitx.

By far this is the most expensive way but more convenient.

If you are not familiar with the landmarks I have mentioned earlier, you can also ride a taxi or grab. Tell the driver to bring you to pitx in Paranaque.

Here are some of the photos I have taken during my visit to PITX. 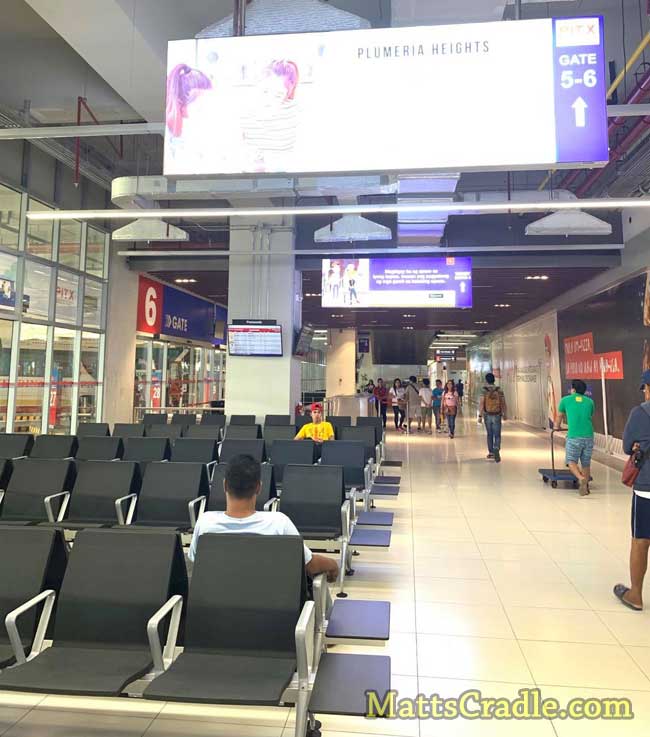 This is the walkway on the ground floor of the transport terminal. It is very spacious and clean. What I appreciate most about it is there are enough seats for the departing passengers as they wait for their boarding time. 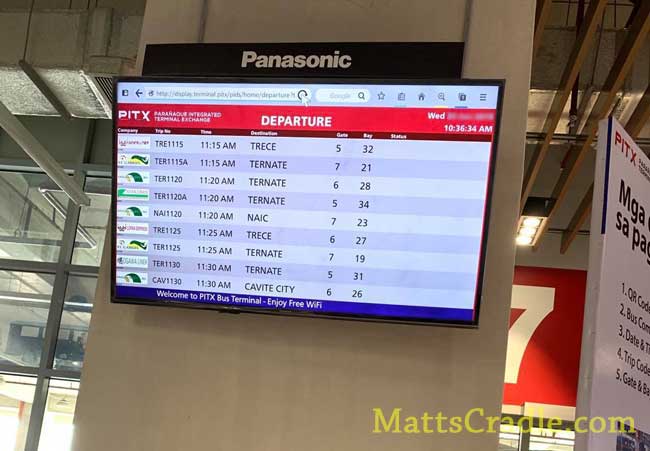 Passengers can also monitor their departure time as there are LCD screens installed in various locations in the hub. This will help the passengers prepare themselves to do some pre-departure stuff like going to the comfort room or buy food to eat as they travel. 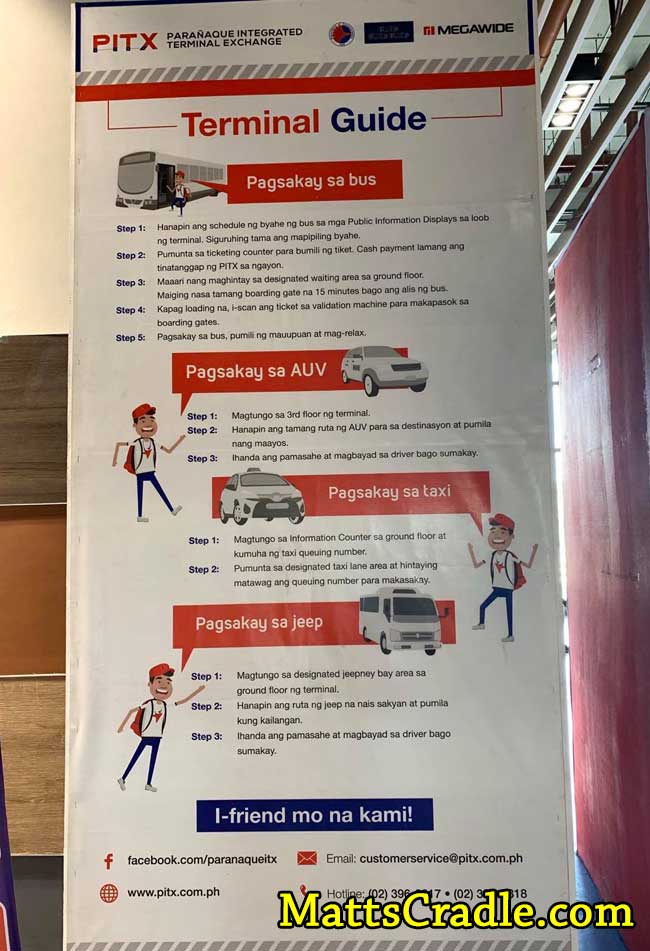 The management of the transport hub also placed tarpaulins like this in strategic places in the building. This is to guide the passengers on the different steps they need to make prior to riding public utility vehicles such as Jeep, Taxi, AUV, and Bus. 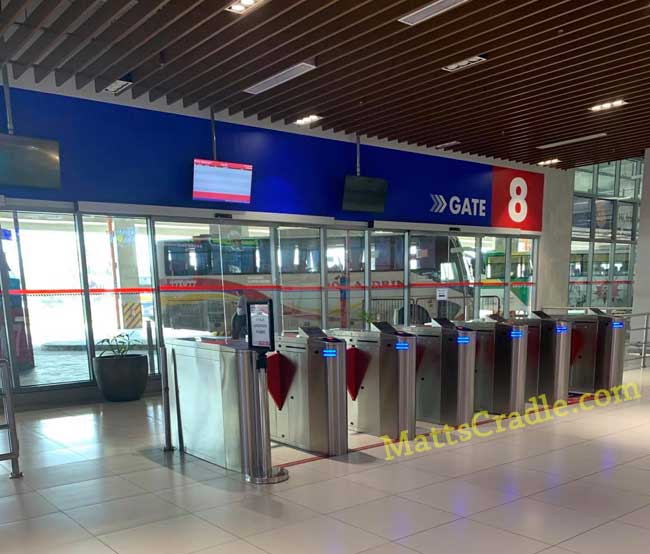 This is the actual boarding gate when riding a bus. Passengers need to scan the QR code found on their ticket before they can pass by the gate. Also when they are inside the bus, they need to follow the sitting plan which they can also find on the ticket. 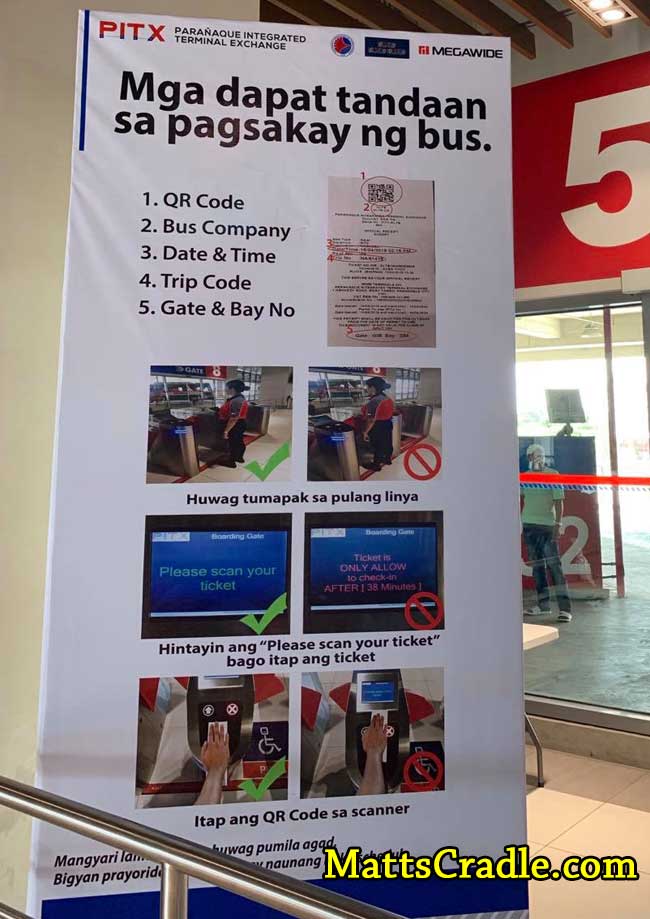 In the tarpaulin, you will find the correct procedure on how to board the bus. Probably, to help non-techy passengers because PITX is implementing a new system that is beyond the usual collection process performed by bus conductors. Aside from that tarp, there is also one staff assigned at the gate to assist every passenger. 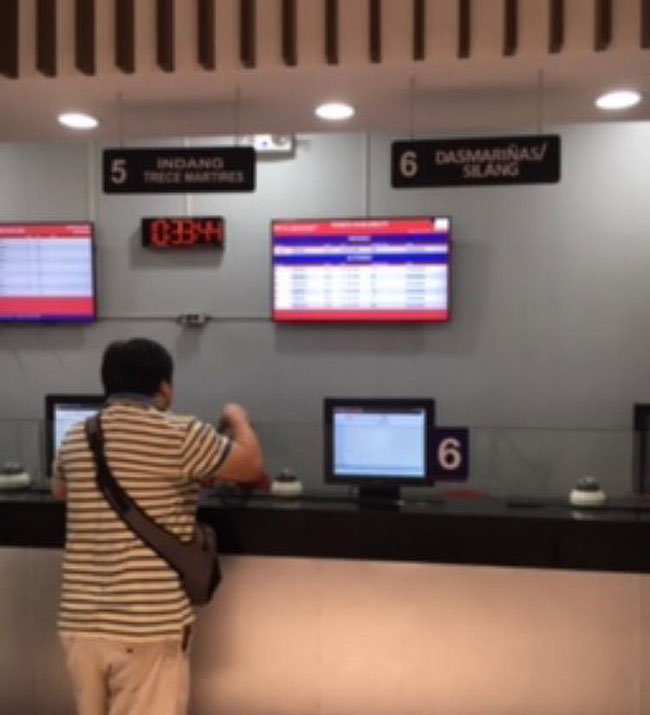 Here is the photo of the ticketing booth for busses. There is a staff that assists the passengers when purchasing a ticket. Assuming the passenger went to the wrong booth, the staff will inform the latter about the correct booth number that the passenger should go to. 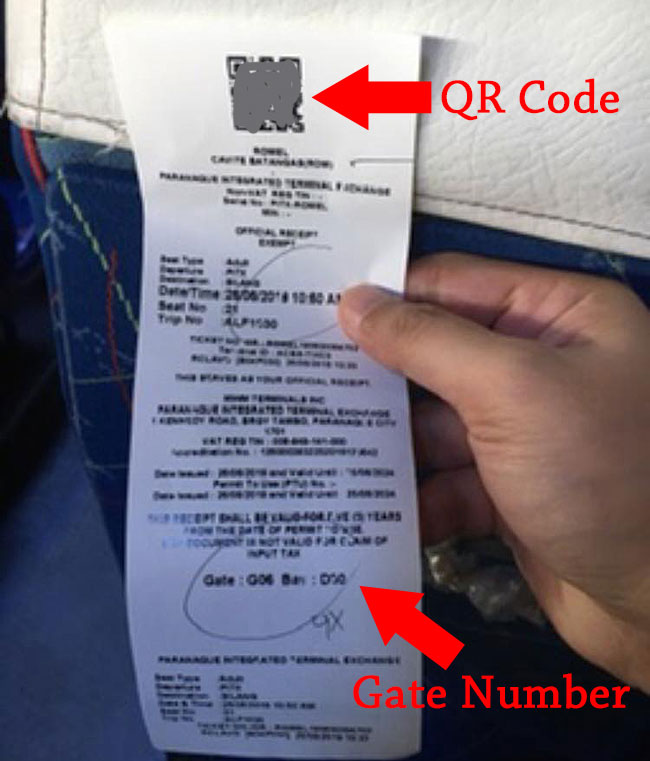 Here is the ticket sample. You can see on it the QR code which you will scan at the boarding gate. You can also see there the date and time of your departure plus the gate you should go to so you can ride the correct bus for your destination.

There are some passengers that don’t stay in their designated seats but I can say that it is organized. Oh, I almost forgot to mention. The comfort rooms are also clean at least as compared to other bus terminals that I have been to in Metro Manila.

Next post: How to Pay Philhealth Online in 6 Easy Steps

Previous post: How to Compute Your SSS Pension Online for Voluntary and Retirees