I Almost Say Goodbye to my Globe Broadband DSL with Landline

I almost say goodbye to Globe Broadband DSL with a landline bundle. I have my subscription with Globe for two years already. In that span, I usually got disconnected on the internet when there is power fluctuation, for me that is normal since in a matter of minutes the connection will be automatically restored. 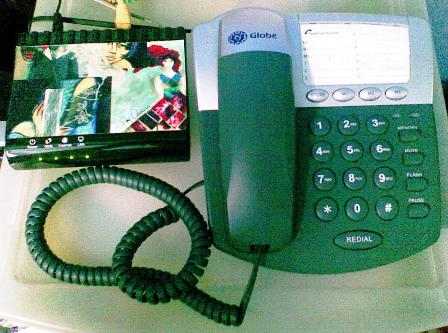 I was disturbed with this happening that it forces me to call the globe broadband hotline every other day. In the first week their hotline agent told me that there is ongoing system enhancement in my area in Tondo, the thing is even if the system enhancement thing was finished I still have no internet.

After 8 days globe technicians went to my house and were able to restore my internet connection, but after that, I experienced frequent disconnection. Days passed I called again their globe hotline to report this new issue. After two days, they visit again my house and do a line inspection to trace the problem.

They climb up globe posts and found out that part of the wire leading to my house was left open and decaying. According to them, it is the main cause of the intermittent internet connection problems. Within 1 hour they were able to resolve my problem. I should say it has been a week when they restored my line and up to now I haven’t experienced internet disconnection yet.

Despite having internet connection problems for weeks, I am happy that they were able to provide reasonable effort to solve it. This made me decide not to say goodbye (for now) on my globe broadband dsl with Landline subscription.

Tagged as: All about Globe Telecom Inc, globe dsl