JaDine love team, Nadine Lustre and James Reid will team up for the third time in the upcoming movie ‘Para sa Hopeless Romantic.’

Watch the official trailer released on Youtube by ABS-CBN Star Cinema on February 28, 2015. 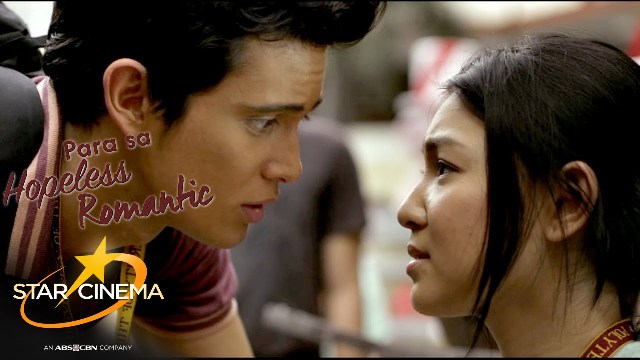 After the two box office movies, ‘Talk Back and You’re Dead’ and ‘Diary ng Panget,’ James Reid and Nadine Lustre once again will be hitting the cinema screen for another movie ‘Para sa Hopeless Romantic.’

James Reid will play the role of Nikko John Borja. According to James, his character is a typical boy-next-door and a student of the Polytechnic University of the Philippines (PUP) who fell in love with Rebecca.

Nadine Lustre plays the character of Rebecca del Mundo, a scholar, and writer for the school paper. Becca is the love interest of Nikko John Borja.

Inigo Pascual plays Ryan and Julia Baretto as Maria, the love team in Becca’s written love story in the movie. According to Inigo Pascual, Ryan is in love with his seatmate Maria, but the latter knows nothing about it.