Executive Secretary Pacquito Ochoa via the authority of President Benigno S. Aquino III has declared January 15,16, and 19 holiday in Metro Manila (NCR) in the Philippines. This is in view of the coming of Pope Francis visit in the country during these dates.

The Official Gazette of the Republic of the Philippines has released proclamation number 936 declaring January 15, 16, and 19,2015 as a special non-working day in the National Capital Region (NCR) in the country. This is in view of the visit of Pope Francis, the head of State of the Vatican City.

Read the Proclamation below: 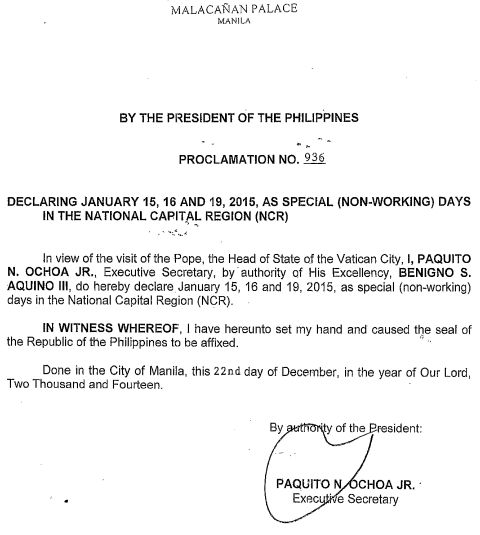 The proclamation was signed by Executive Secretary Pacquito N. Ochoa in the City of Manila on December 22, 2014.