There is a viral video on youtube that would surely bring lots of ‘kilig’ to the fans of love team KathNiel where the actress calls Daniel Padilla ‘Babe.’ It happened during the 8th Star Magic Ball. 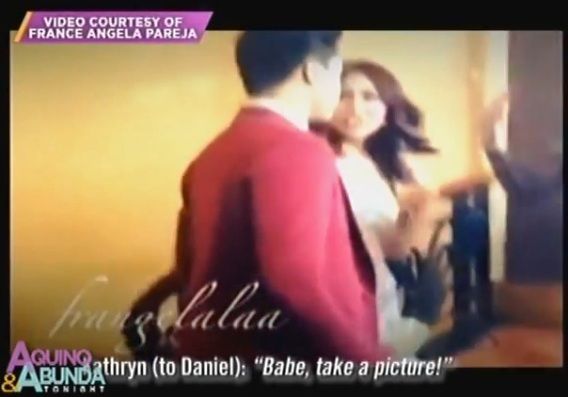 The video footage shows KathNiel while they were climbing up the stairs in Makati Shangri-La Hotel. They were welcomed by ABS-CBN News reporter Ginger Conejero. Right after that, Kathryn requested Daniel to take a picture. The words that believed came out of the actress is “Babe, take a picture!” (Referring to her date Daniel Padilla)

The word ‘Babe’ is a term of endearment widely used in the Philippines. Usually, couples use it to address their special someone (boyfriend / girlfriend). It’s an informal term for sweetheart and dear.

Kathryn Bernardo calling Daniel Padilla ‘babe’ may not mean they are already a couple, but one thing is for sure, they value their current relationship status even in front reporters and cameras.