Kris Aquino in short hair is the talk of the town. Aquino & Abunda Tonight host Kris Aquino appeared in the April 21, 2014 episode with very short hair which she describes as the shortest she ever had since childbirth.

Boy Abunda expresses his astonishment towards the actress and compliments her saying “Is that you?” and afterward saying “beautiful!” Her son also got amazed with his mom’s new look describing her as Miley Cyrus. 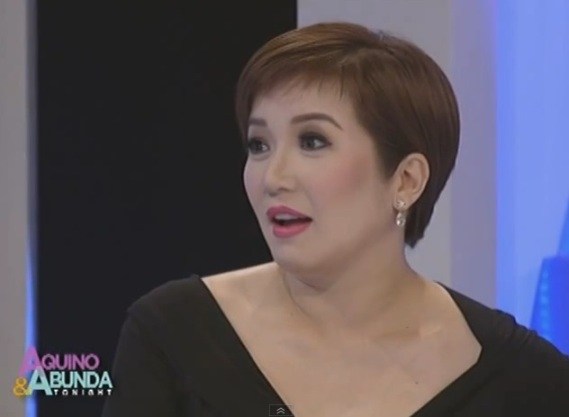 This somehow hinted the viewers and fans the reason she cuts her hair short. When Boy asked if she is currently having issues she told that it ended “Tapos na.” Kris added that “ayaw ko na ng heartache.”

On April 20, 2014, Kris Aquino shared on Instagram a saying from Coco Chanel, a French fashion designer and founder of the Chanel brand. It is accompanied by a revelation that she cuts off more than a foot of her hair. 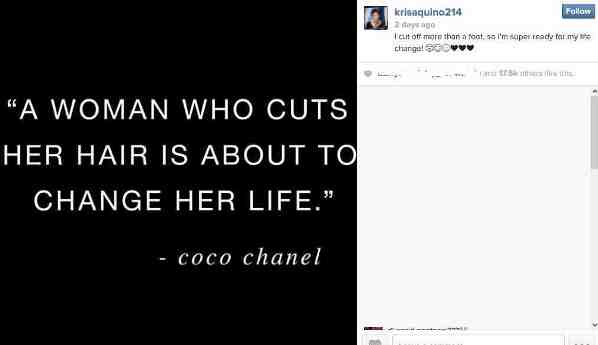 “A woman who cuts her hair short is about to change her life.” – Coco Chanel

Kris Aquino previously revealed on TV that she is dating Quezon City Mayor Herbert Bautista. But there are reports online that Mayor Bistek is still in a relationship with long-time girlfriend Tates Gana.

Tagged as: Boy Abunda, Who is Kris Aquino?