You might be feeling curious right now about this new found love of Kris Aquino. Perhaps, the first thing that comes to your mind are those persons that were once linked to the queen of all media; such as her ex- husband PBA superstar James Yap, a suitor, or maybe a politician. 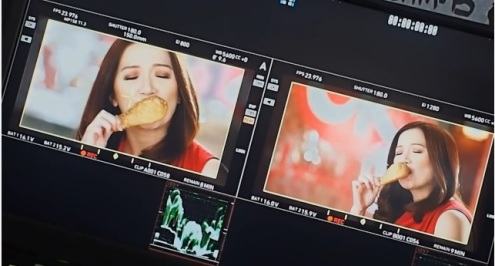 Unfortunately, none of the mentioned is her new love because she was referring to food, particularly Chinese-style fried chicken from ChowKing.

Watch the Video below


In the behind the scene video, Kris told that if she is going to endorse something it should contain two characteristics; it should be aspirational and reachable. Apparently, she found it in ChowKing fried chicken. She also made good remarks about the people involved in the production, which even the president of the fast food chain visited the set to show support (I guess) during the taping.

On the later part of the video Kris is very confident about Chowking simply by telling “If I make pakain to everbody, hindi ako mapapahiya. Its realy realy good and it’s something I can eat everyday.”

Next post: Eiffel Tower of the Philippines is at Adventure Resort in Norzagaray Bulacan