Larry Martin (36 years old) from Camarines Sur participated in the Biggest Loser Pinoy Edition with one thing in mind. That is to be able to get back in service, he was a former police officer who lost his job because he was not able to comply with the 34” waistline required by PNP. 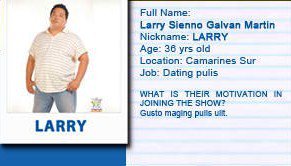 Larry Martin received numerous prizes such as 1 Million pesos, a condominium unit from DCMI homes, 40-inch Sony Bravia Internet TV, a Scooter from Vespa, appliances from Whirlpool, and 100,000 pesos worth of salon services, and a lifetime membership from fitness first.

I think aside from all those tangible prizes he was able to earn respect not only from those who knew him but from our fellow Pinoys who aspired to be like him. Above all, he learned to have Self-discipline, and self-respect which is far more important. 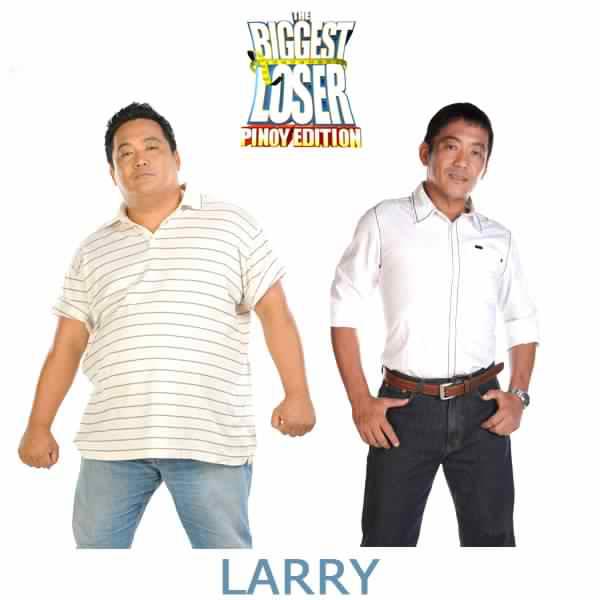 Larry Martin and the rest of the Biggest Loser Pinoy Edition winners will surely become an inspiration to those who want to lose weight and change their lives.