She performed the challenge on Thursday, August 21, 2014. Before doing the thing she passed the challenged to Darren Criss of Glee, a popular actor in the Philippines Aga Mulach, and also her fellow The Voice Philippines coaches and judges; Sarah Geronimo, Bamboo Manalac, and Apl.de.ap. 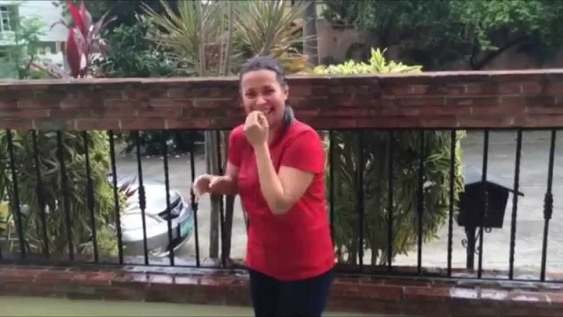 Lea Salonga shared her main reason why she chose to do the challenge and that is because her husband’s uncle named Tommy Lee who passed away due to the said disease. According to the video description, this challenge is much more important as it raises more awareness of the said disease.

ASL Ice Bucket Challenge is an international campaign to create awareness of disease called Amyotrophic Lateral Sclerosis (ALS). It involves deliberately dumping a bucket of ice water to the head of a person otherwise donate a certain amount ($100) to ALS Association. Before doing so, the person who did it will also have to pass the challenge to any person known to him / her.