Do you still remember Lolong the saltwater crocodile that was captured on September 3, 2011, using several traps in Bunawan Agusan del Sur?

The latter was recently named as the largest saltwater crocodile in captivity not only in the Philippines but in the whole world.

Lolong was confirmed as the largest crocodile in the world by NatGeo Channel representative zoologist and crocodile expert Dr. Adam Britton.

Lolong surpassed the length of current record holder Cassius Clay of Australia which is only 18 feet in length. 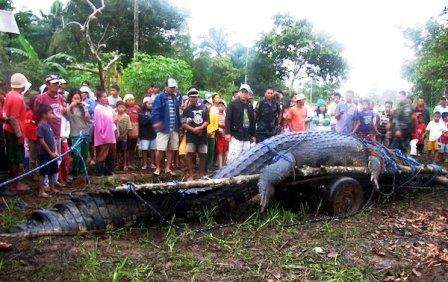 Dr. Adam Britton will recommend Lolong to Guinness World Records as the largest saltwater crocodile in captivity. If lolong will be recognized by Guinness world records Agusan del Sur may become part of the leading tourist destination in the Philippines.

* Details from the news report