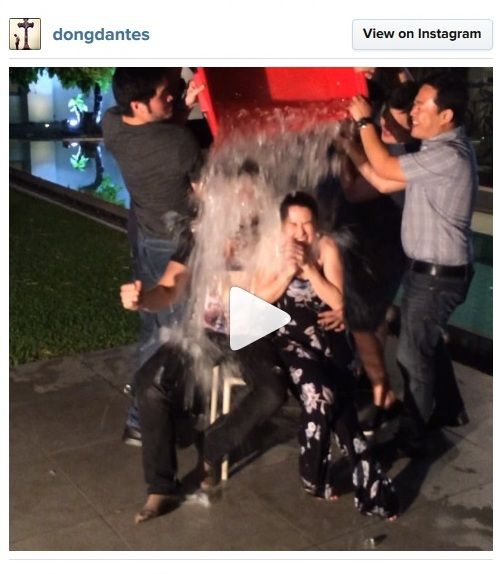 Watch the replay video below:

The Instagram post was accompanied by a caption “challenge accepted! Donation done. I hope that the ultimate purpose of this campaign will reach its goal.”

The DongYan then nominate Hugh Jackman, Bam Aquino, Rodjun Cruz, Ana Feleo, Roxanne Barcelo and Vic Sotto. They have 24hours to perform the challenge, after seeing the video. Otherwise they would have to donate $100 to ALS foundation.

According to DongDantes, the challenge took place at Irwin Tieng residence.

Next post: PBB All In Big Winner: Daniel Matsunaga