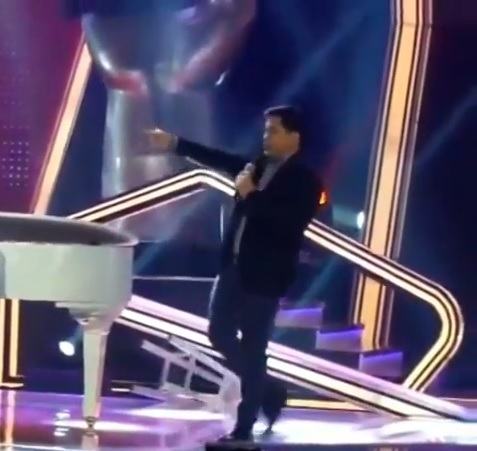 Martin Nievera and Darren Espanto had a duet of the former’s hit single “You Are My Song.” They had a very impressive performance, unfortunately, after congratulating the 13-year-old artist; Martin fell off the stage while heading behind the scene.

There is no news whether Martin Nievera was hurt, but based on the video, he seems fine since he didn’t hit the ground during the incident.
in Showbiz News