Mary Christine Jolly the name that ranks number one on yahoo’s trending topic in June 2011. It has been a few days since the TV patrol broadcasts news regarding Derek Ramsay.

Apparently, the actor has been married for 11 years to Mary Christine Jolly, a Fil-Indian model born in Las Pinas. They also have an 11-year-old son named Austin. 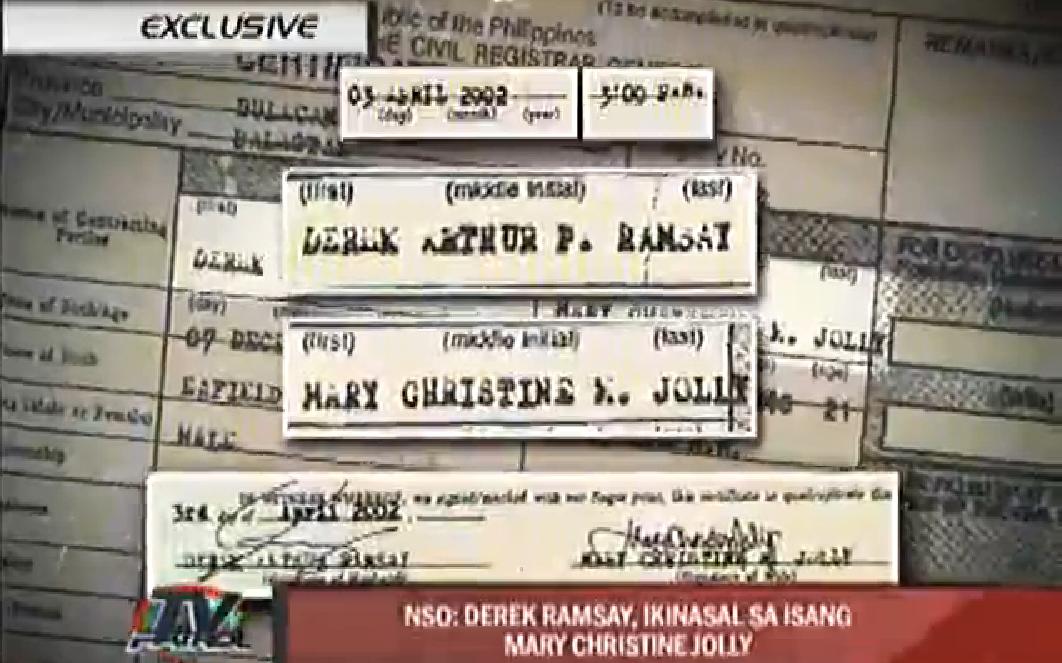 ABS CBN news acquired an official marriage contract from the National Statistics Office (NSO). The document states that Derek Arthur Ramsay and Mary Christine Jolly (a 21-year-old woman during that time) had their wedding ceremony on April 3, 2002, at around 3 pm.

The wedding happened at the Mayor’s office of Balagtas, Bulacan. At that time, it was Mayor Reynaldo Castro who officiated the wedding ceremony. Aside from the mayor, there are two additional persons who witnessed the event. The marriage was still legal according to a family lawyer. You can read the full story on the ABS-CBN News website.

“The Better Woman” actor confirmed the matter after replying to a follower’s comment in one of his Instagram posts. His follower said that she is hopeful for the annulment of the actor’s previous marriage.

The actor’s “I am dear” reply confirms the speculation that his marriage to the former partner is now null and void.

Also, in the latter part of the conversation on Instagram, his legal counsel clarifies that the actor’s “I am dear” reply does not pertain to his “state of being happy.” Instead, he is referring to the fact that his marriage is now null and void.

There you have it guys. I hope the fans and followers of the actor are happy about the good news.