Blood Compact Site is located in the barangay Bool, Tagbilaran City, Bohol Philippines. National Artist Napoleon Abueva, a Boholano himself, made the Bohol Blood compact sculpture. It is placed on an open and raised dais portraying five (5) life-sized images of men gathers around the table with Legazpi and Sikatuna supposedly making a toast.

Sikatuna-Legaspi blood compact is considered as the first treaty of friendship based on respect and equality. This event is commonly known as “Sandugo” or in English term “blood compact” 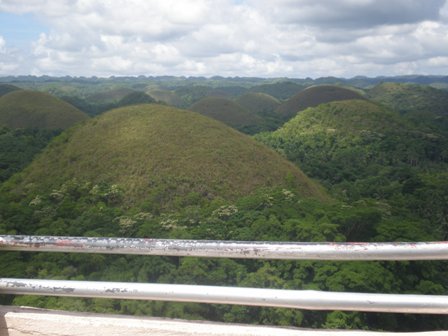 Taken during a sunny afternoon

The Chocolate Hills is probably Bohol’s most famous tourist attraction. It’s like, you’ve neven been to Bohol if you did not visit its location. The hills, that look like a giant molehill, are considered unusual geological formation. It consists of at least 1,268 individual mounds are all over the municipalities of Carmen, Batuan, and Sagbayan. The hills range from 30 to 50 meters high. Green grass covers its surface which turns brown during the dry season, making them look like chocolate mounds.

Legend has it that hills came into existence when two giants threw stones and sand at each other. It is a fight that lasted for days. When the giants finally got exhausted, they made friends and left the island. They, however, left behind a beautiful mess.

Tarsier is a very small animal. In fact, it is one of the smallest known primates, which is no larger than an adult men’s hand. Mostly active at night. Its main diet is insects. According to our tour guide, Tarsiers are compared to six different animals:

1. Bat: being nocturnal
2. Frog: because of the looks of its hand and feet
3. Owl: because of its big eyes
4. Koala bear: being insectivores
5. Rat: because tarsier has a long hairless tail 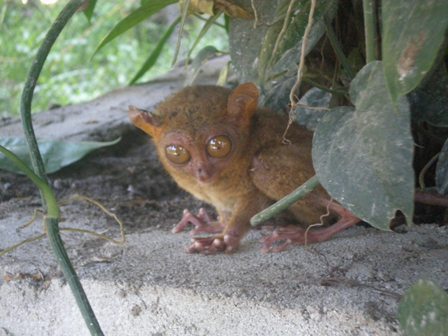 Our tour guide also told us that the tarsier’s brain is smaller than their eyes. Also, the top part of their head has no bones, that is why they can’t be touch.

Tarsiers are endemic in Bohol. Have you wondered why? It is because tarsier tends to be homesick and most likely if they were homesick they resort to suicide by simply bumping their head on tree branches, and for sure they will die because of it.

Loboc is a 5th class municipality in the province of Bohol, Philippines. It is a mere 24 km away from Tagbilaran City, the provincial capital of Bohol. According to the 2007 census, it has a population of 16,299 people. It is the music capital of Bohol. Loboc is popular for floating restaurants along the scenic and winding Loboc River.  We’ve taken our lunch in this floating restaurant. 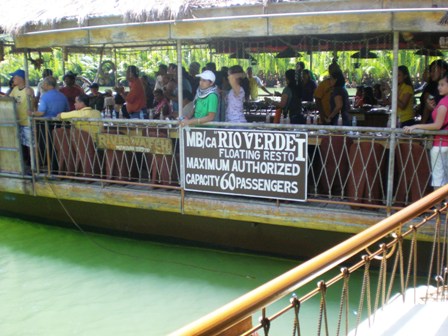 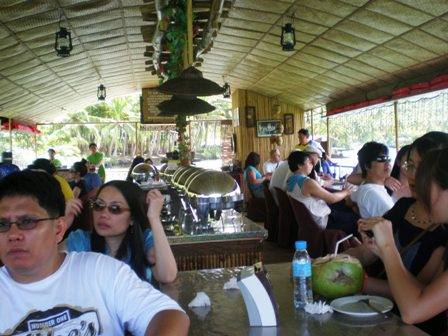 During our ride, most of the passengers were Korean and Japanese nationals.

We were able to get along with the Ati Tribe near the riverside of Loboc. The Ati tribe contribute to the amusement of the tourist because of their suit and their exotic dance steps. 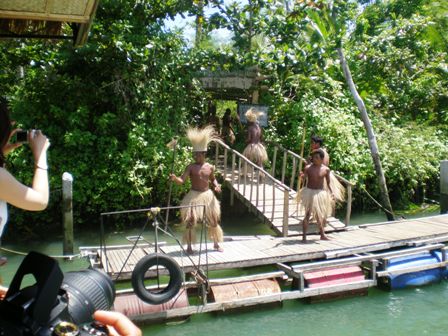 During our travel to Bohol, we were able to see the longest and probably the heaviest python in the Philippines. Its name is Proni which has a length of 24 feet and 200 kilos in weight.

The python’s main diet was a huge chicken and sometimes the owner feeds the snake with a piglet. I would love to touch its skin but my 3-year-old son does not allow us to be near it. Base on the information, a woman found the Python which at that time it is only five feet long. 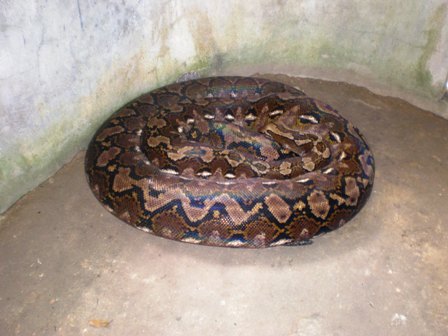 In the afternoon we were able to get inside the Baclayon Church. Based on what our tour guide has said, it is the second oldest church here in the Philippines. By the way, the oldest was San Agustin Church located inside the vicinity of Intramuros, Manila.

We cannot take pictures while in the attic. The reason is the camera may capture the “soutane” that priests wear during the Spanish times which contains pure gold. It is our first time in this church so we do make an obligatory wish. 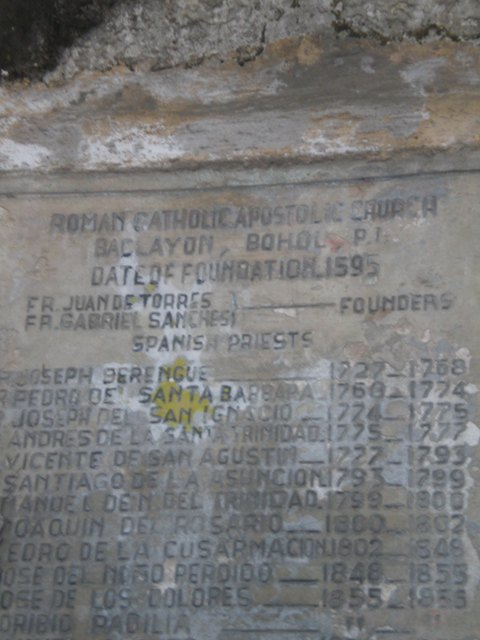 Our last stop during our day 1 tour was Soledad Suite. Located at Lou Square, J.C. Borja corner M. Parras Sts., Tagbilaran City, Philippines. It would only take five minutes ride from Tagbilaran Airport. By the way, our tour guide has an accreditation from the Philippine Tourism Authority. Hope you enjoy reading this article. 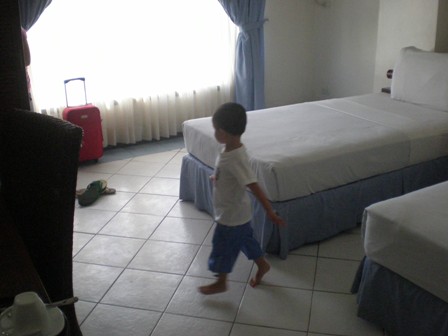