Nadine Lustre and James Reid of JaDine will star in My App Boyfie, one of the newest TV series from ABS-CBN. The story was based on a hit novel of the same name in Wattpad originally written by Noreen Capili. 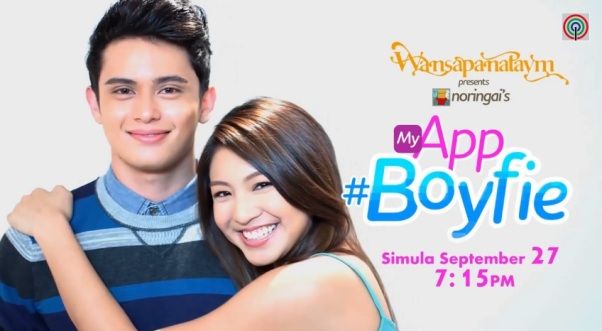 After the success of their two recent movies “Diary ng Panget,” and “Talk Back and You’re Dead,” Nadine Lustre and James Reid will once again team up to make their fans experience extreme “kilig” moments. This time however, they will star in a TV series dubbed as “My App Boyfie.”

Watch the official trailer below:

The story features a girl named Anika (Nadine) that has to live in the house of her wicked auntie. In exchange of her stay, she needs to work as a house helper. One day, her ideal boyfie named Jowa (James Reid) showed up in the scene and started stalking her.

Also staring Dominique Roque and Cherry Gil, My App Boyfie will debut on September 27,2014 Saturday at 7:15pm in Wansapanataym.