The technology company OPlus USA had launched their latest flagship phone – O+ Air in the noontime variety show Eat Bulaga several weeks ago. Along with it is the airing of the 1 minute 15 seconds TV ad featuring Bossing Vic Sotto.

The Eat Bulaga host talks about some of the things he likes about the device. He said it was awesome, and loves to play games on it. O+ Air is packed with a 1.7Ghz Octacore processor and is running on the latest Android KitKat out of the box.

It has a 5-inch HD Lumi capacitive touch screen display. By far it is one of the thinnest Octa-core yet released locally at 6.8mm thick. It has dual SIM capability; one for regular-sized SIM and the other is for micro-sized SIM cards.

It has a 5MP front-facing and 13MP main camera (with flash) capable of up to 4X digital zoom. Just like the other O+ plus phones, it has an air shuffle feature for music, photos, camera, and FM radio. 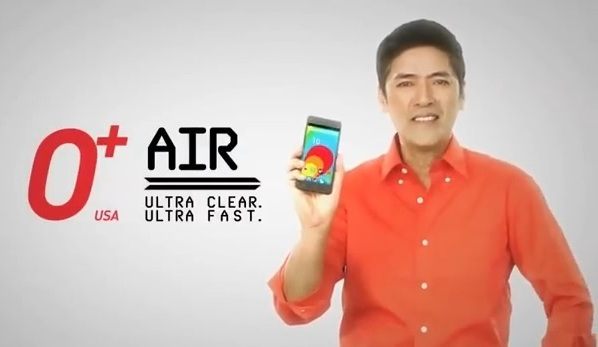 As a consumer, perhaps, the only drawback of this phone is the 1GB of RAM and low battery capacity at 2000mAh. O+ Air is available in gadget stores nationwide for the promo price of Php 13995.