US based Technology company, O + Plus holds great graduation sale for March 2015. Here are the lists of android phones and their respective price after the discount.

O Plus phones announced on their Facebook page that they will be selling four of their latest smartphones (O+ 8.17, O+ EVO 4G, O+ 360 Extreme, and O+ Grande) at a more affordable price starting March 18,2015 as gift to graduating students of school year 2014-2015. Graduates and any avid consumers can enjoy up to P2000 OFF depending on the purchased device. See the list of smartphones with specs on sale below: 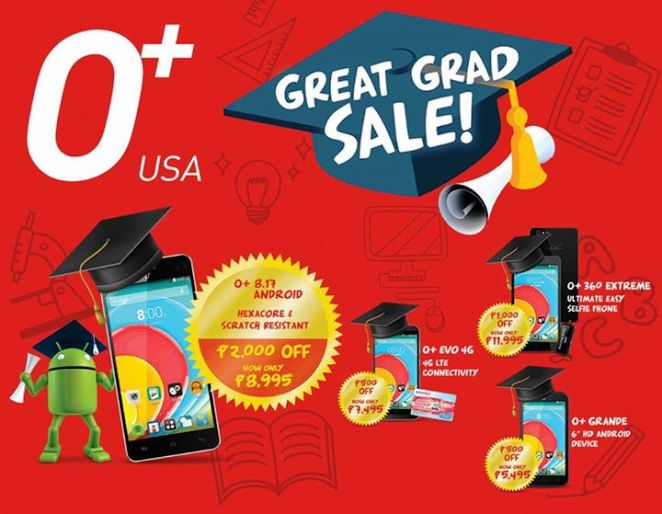 To avail the discount, just visit any O+ stores and kiosks nationwide.