Check out this OFW house design, a beautiful two-floor dream house which cost 750,000 pesos. This post features the heartwarming story of an Overseas Filipino Worker (OFW) and Youtuber – Peng You, who were able to build a house with second floor (Bahay) for his family in the Philippines from his savings while working abroad.

A dream come true for fellow OFW who endure being away from his family to provide a better future, food on the table, and a roof over their heads.

The two-floor house is estimated to cost around 750,000 pesos. The cost includes house plans, materials, and labor. According to him, he managed to save the amount in the span of 3 years working as a production operator and part-time dorm cleaner in Taiwan.

The house has complete features, it has two bedrooms, two bathrooms, living area, kitchen, dining area, sliding windows, tiled floors, and a balcony. Later on, he added a dirty kitchen.

He utilized floor area of 80 sqm which composed of 35 sqm per floor plus dirty kitchen. The house is designed by a Civil Engineer and was built by a contractor. It only took 3 months to build.

His future plans for his newly built house are to have a space for a garage, window grills, and sturdy fence.

On his YouTube channel, Peng You shared the two-part video of his home. The first video is all about the construction part, and the second video features the fully furnished house. He also shared an online store where he purchases affordable furniture and appliances.

I came across his VLOG because I usually watch YouTube videos of Overseas Filipino Workers (OFWs) who were able to achieve their dreams. It can be about their dream jobs, businesses, ideal country to work in, and properties they have acquired such as a house.

I was inspired and learned a lot by what has happened to him. So, I am also sharing this with you – readers of this blog. Let us all be inspired together and just like him, start fulfilling whatever our dreams may be. 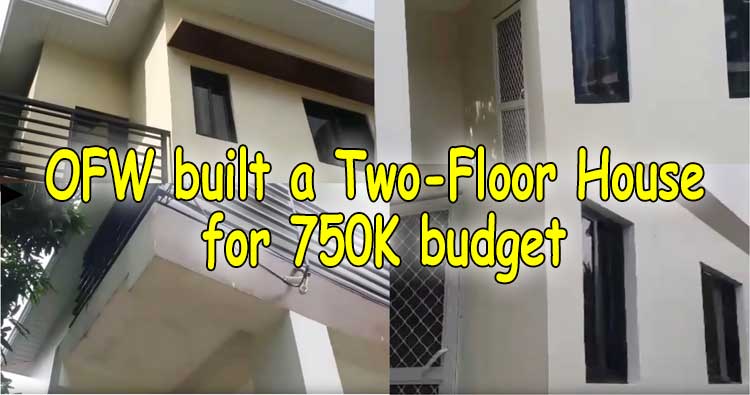 What I like about his two videos is that as an OFW he forgoes short-term pleasure and focuses on his long-term goal which is to build a house / Bahay for his family in the Philippines. He probably let go of buying expensive sneakers, shirts, or perfume.

He just set his vision to what really matters for him and his family 10 to 20 years from the moment he started working abroad. After 3 years that goal became a reality.

Watch the videos below:
Part 1

Credits to Sir Peng You of youtube www.youtube.com/channel/UCbl6enrRYKIvpVJXuqCdHzQ/ for the inspiring videos. More blessings to you sir and family.

Next post: Here is How to Renew Your PRC License Online 2023