McDonalds will be having their annual kiddie crew program this summer of 2014. Its March already and before we know it, our kids will be having their summer school break. Do you want your kids to have fun-filled and productive summer, where they can get a chance to attend art workshop, sing and dance lessons, […] Read more 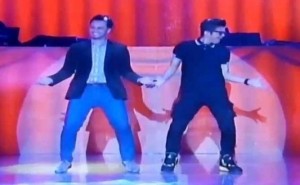 Vhong Navarro and co-host Billy Crawford on their Billy – Vhong Dance opening performance before the Sine Mo –to segment, is one of the most awaited parts by the fans. It is where the audience especially the females express their excitement to see the duo showcase their awesome dance routine that is rhythmic to the […] Read more 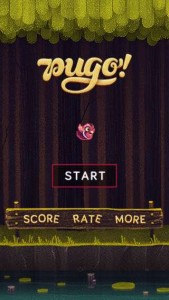 If you love Flappy Bird, you would probably have the same feelings for the Pugo game. It is another mobile game that’s going to put you on the edge of your seat. The app was made available for download in the Apple AppStore on February 26, 2014. Two days after, it ranks number one in […] Read more

in Technology Trends in PH
0 comments

I was visiting Angel Locsin’s official facebook page when I saw this video on its timeline. It was about Pinoy Pop Superstar finalist Jenny Escalada by far one of the best voice impersonators of Angel Locsin. Jenny Escalada together with another stand-up comedienne Iyah was featured in this 4-minute video excerpt from ABS CBN’s late-night […] Read more

Apart from seeing The Filipino Flash Nonito Donaire dominate his opponent in every boxing match, you will surely love to see him star in the latest TV commercial of fast food chain giant Mcdonalds. The half a minute video titled “Eyes on Your Fries” feature only 2 casts the boxing champ Nonito Donaire and a […] Read more

Ariella Arida is Miss Philippines Universe 2013 in the recently concluded BB. Pilipinas 2013 coronation night at Smart Araneta Coliseum on April 14,2013. She came on top of 49 other candidates. Have you ever wondered what made the judges chose her to represent the country in the Miss Universe pageant 2013. Perhaps, it is her […] Read more