PBB ALL IN 24/7 Now Available in Destiny Cable

Aside from Skycable, you can also watch PBB All IN 24/7 Live via Destiny Cable. The second largest cable provider in the Philippines, Destiny Cable is now offering free live viewing of the popular reality TV series Pinoy Big Brother of ABSCBN. 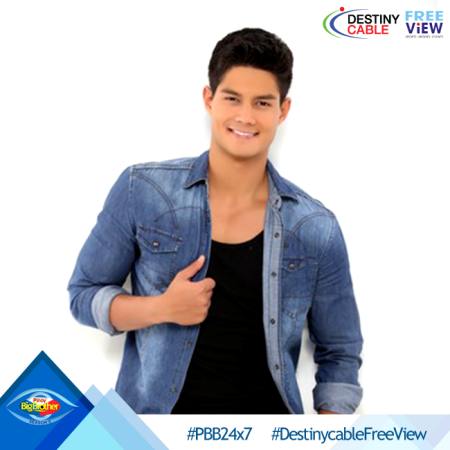 Cebu Subscribers – To be determined

Destiny cable offers two types of plans which are Digital and Analog. As of the moment Digital subscribers are the ones who will benefit from the free viewing. PBB ALL IN 24/7 is not available yet on analog subscribers.

These are the major happenings inside PBB house as of the writing
– Chevin Cecilio was evicted on the first eviction night
– Cess Mae Visitacion received a forced eviction because she had violated several PBB house rules
– Sandara Park enters the house as houseguest
– Aina Solano, Manolo Pedrosa, Michelle Gumabao, and Axel Torres were nominated for the second eviction night
– Daniel Matsunaga enters the yellow house as celebrity housemate
– Aina Solano kisses Daniel Matsunaga on the lips while the latter was sleeping on the pool
– Joshua and Loisa had some “kilig” moments together

Next post: 17 Colleges and Universities offering Call Center Course in the Philippines