The latest Philhealth Contribution Table for 2015 has been released. Self-employed, voluntary, and OFW plan your way on when you are going to pay your monthly contribution to experience the full benefits of this social health insurance program from the government.

Philhealth has played a very important role in the lives of its members. Often it was realized only in times of health problems. A member needs to be hospitalized, or its dependents have to undergo an emergency procedure. After which, the member who would pay the hospital bill will say “good thing I am disciplined when comes to paying my contribution, my bill was reduced significantly.” On the other side, those members who don’t pay their Philhealth contribution regularly regret much when unforeseen health problems occur. 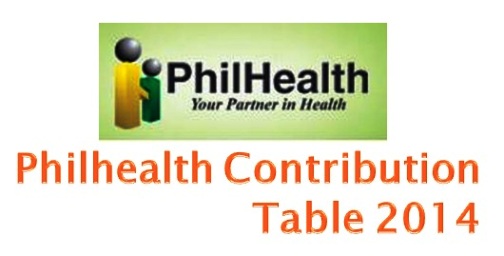 For responsible members just continue with what you are doing, and for those members who won’t pay their contribution maybe, this is the time to change your mind as it would really benefit you and your dependents in the long run.

Self-Employed and Voluntary or individually paying members (IPMS) having an income of P25000 pesos and below should pay contribution amounting to P2400 per annum. IPMS who have an income above P25000 shall pay P3600 annually. Payments can be done quarterly for P600 every quarter, Semi-annually for P1200, or annually for P2400.

Overseas Filipino Workers will have to pay P2400 annually. It can also be paid Semi-annually for P1200. This could benefit ofw’s qualified dependents in the Philippines whenever the latter would encounter ailments and the like.

Where to pay your contribution