Philippine Arena: How to Get There by Commute, and Private Vehicle

Philippine Arena is the largest enclosed arena in the world in terms of sitting capacity. It is the venue for concerts, conferences, gatherings, and sports competition events.

Here are the directions on how to get to The Philippine Arena in Bulacan by public transportation (commute), and by private vehicles. 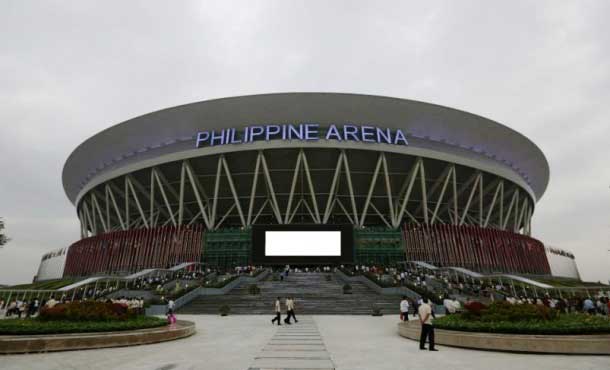 The Philippine Arena is situated at Ciudad de Victoria, a 140 hectare tourism enterprise zone between Bocaue and Sta. Maria, in Bulacan. It has capacity of up to 55,000 audiences inside the building, and another 50,000 which will gather in plaza (live-site) located just outside of the arena.

How to Get to Philippine Arena from Cubao, Quezon City

Travelers going to the arena should get to Farmers Plaza in Cubao. From there they will have to ride buses bound to Sta. Maria Bocaue Bulacan with signboard (any of which) “Sta Maria Bocaue Exit,” “Garden Bocaue Exit Sta Maria” and / or “Sta Clara Bocaue Exit.”

Travelers should tell the bus conductors to drop them off at Baranggay Turo. From there they can walk or ride a tricycle going to the arena.

How to Get to Philippine Arena from Doroteo Jose LRT Station, Manila

The fastest way to get to the arena from Manila is from D. Jose LRT Station. Travelers from Roosevelt and Baclaran just have to ride the LRT then alight at Doroteo Jose LRT Station. Just below it, there is bus terminal going to Bocaue Bulacan. They just have to ride buses that have sign “Sta. Cruz – Bocaue.” They can ask other travelers or bus conductors along the terminal for the location of the bus in the area.

Tell the bus conductor to drop them off at Barangay Turo. Once at Turo, locate the tricycle terminal, from there tell the tricycle driver to take them to Philippine Arena.

Travelers bringing their own transportation just have to get to Ciudad de Victoria which is situated along the North Luzon Expressway (NLEX). The place is just 24 kilometers away from Manila

From Balintawak / Smart Connect Interchange, enter North Luzon Expressway (NLEX), and then pass the Marilao Exit. After the exit, a vehicle owner must keep on the right side of the expressway to eventually take the shoulder road going to Ciudad de Victoria. From there, just follow the road that will bring them to the Philippine Arena.

Details from source 1 and source 2