You can find here the transcript and replay video of Pia Wurtzback’s answers during the series of question and answer portions in Miss Universe 2015 pageant.

Pia Alonzo Wurtzback bags the crown as miss universe 2015 during the pageant’s 64th event held in December 2015 in Las Vegas Nevada, United States. She bested 80 other contestants from all over the world. She is only 26 years old at that time.

You may be wondering why the judges have chosen her to wear the Miss Universe 2015 crown. Apart from her gorgeous looks and stage presence. the big factor would be her answers during the Q and A portions.

Out of the 80 stunning contestants, The global/home audience has chosen Pia Wurtzback to be part of the top 5 finalists. The home audience also has ranked her the highest in the evening gown competition. The other contestants who landed in the top 5 are Miss France, Miss Columbia, Miss USA, and Miss Australia.

Pia’s answer during the Top 5 Question and Answer Portion

During this portion, each of the 5 contestants will be given 30 seconds to answer a question that is tailored uniquely to them. Here is the particular question for pia:

Pia Wurtzback answer: I think that the united states and the Philippines have always had a good relationship with each other. We were colonized by the Americans and we have their culture in our traditions even up to this day. And I think we are very welcoming with the Americans and I don’t see any problem with that at all.

The QnA portion has received 6 million votes from the fans and judges.

Pia Wurtzback landed in the final top 3 to face the last qna challenge. The winner from the top 3 will wear the coveted miss universe 2015 crown that is believed to be worth 300k USD or roughly equivalent to 14 Million Pesos.

Pia’s Answer during the Top 3 Question and Answer Portion

For the last challenge, the three contestants will be asked one question. They will have to wear a pair of soundproof headphones as they wait for their turn to answer. Each of them will have 60 seconds to come up with an answer. The question goes like this:

Steve Harvey Q: Why should you be the next Miss Universe?

Pia Wurtzback Answer: To be a miss universe is both an honor and a responsibility. If I were to be miss universe. I will my voice to influence the youth and I would raise awareness to certain causes like HV awareness that is timely and relevant to my country which is the Philippines. I wanna show the world, the universe rather, that I am confidently beautiful with a heart. Thank you!

There you have it, without a doubt. Aside from other factors, her answer during the last challenge has catapulted her to bag the Miss Universe 2015 crown. 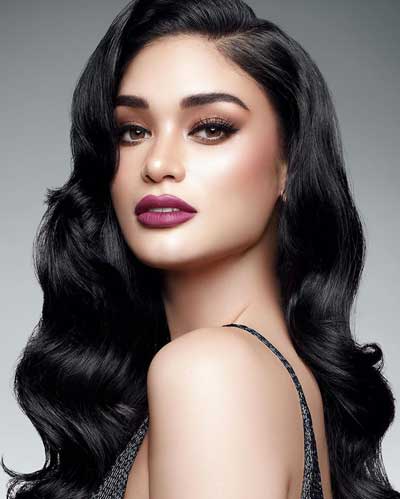 For the latest stories about Pia Wurtzback, you can follow her on Instagram at @piawurtzbach. Currently, she has 12 million followers on the said social media account.

Next post: Easy: How to Register to Globe GoExtra90 Promo?

Previous post: How to Connect to Epson Printer via WiFi Direct