The management of Pinoy Big Brother All In has released the audition forms and photos of the current 18 housemates who are staying inside big brothers house through their official twitter account (@pbbabscbn).

This is probably in response to the issue and allegations of the fans that the screening process for the PBB All In show is scripted. Some fans thought that the current housemates have connection (managers and backers) that is why they did not undergo (allegedly) the usual screening process.

Unlike those thousands from different parts of the country who experienced hardship of queuing, and has made audition videos just to have chance to showcase their talents.

Based on the audition forms and photos released by Pinoy Big Brother official twitter account (@PBBABSCBN), it seems that the current housemates have really undergone audition. See the respective photos below. 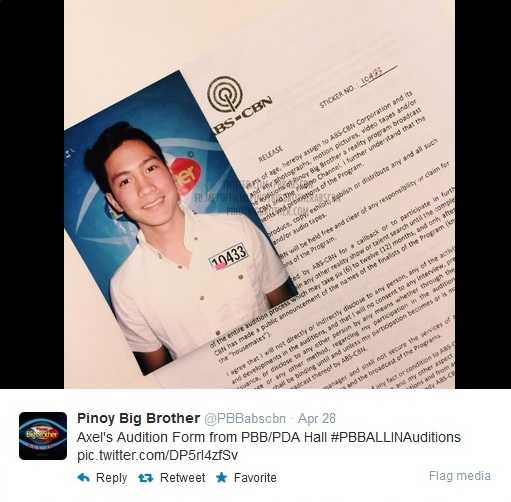 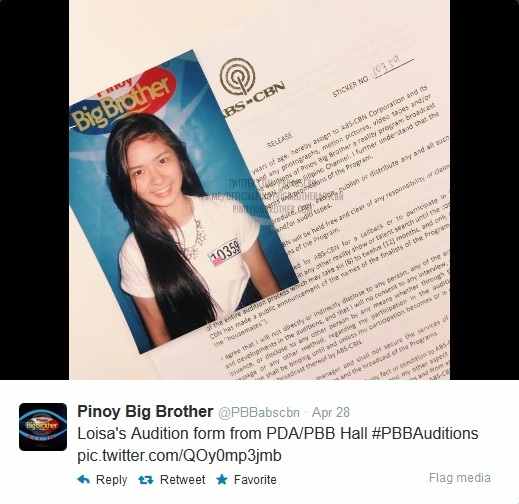 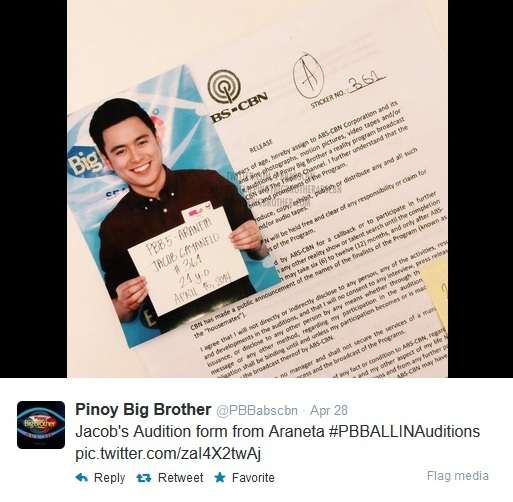 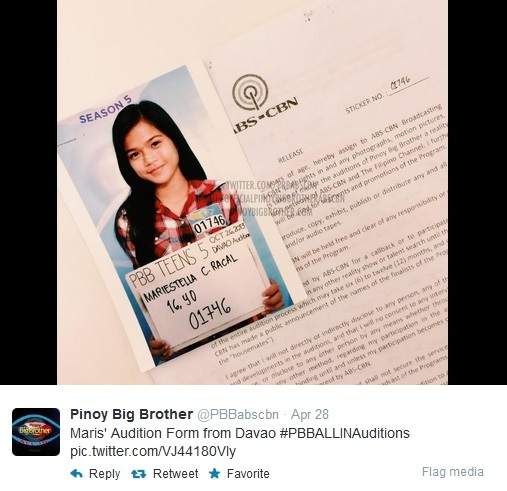 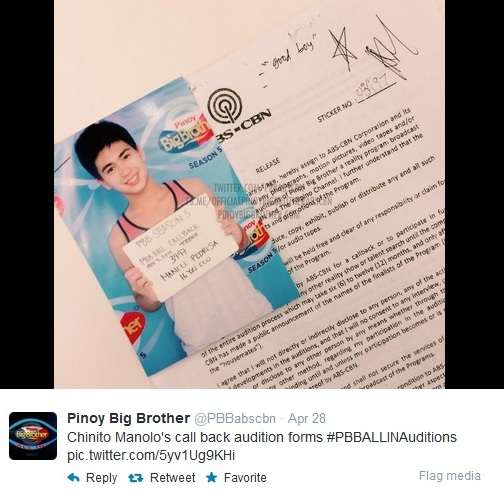 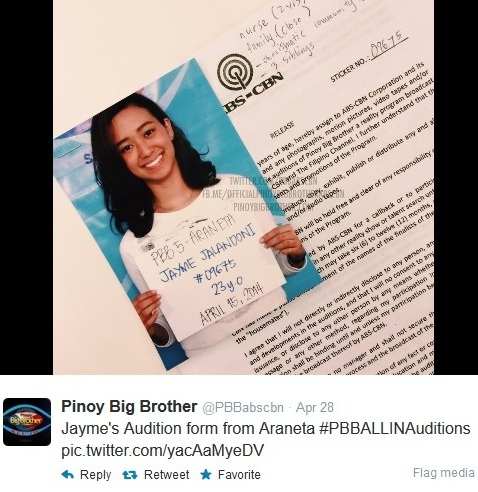 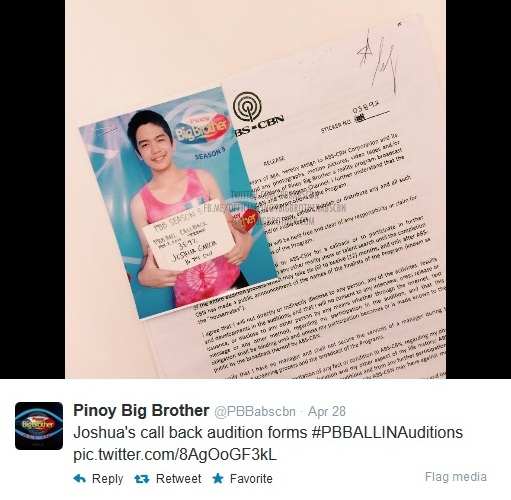 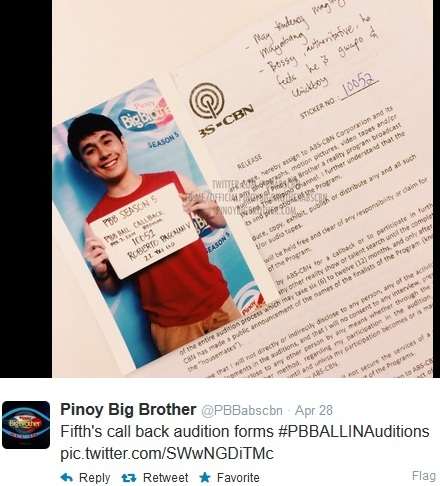 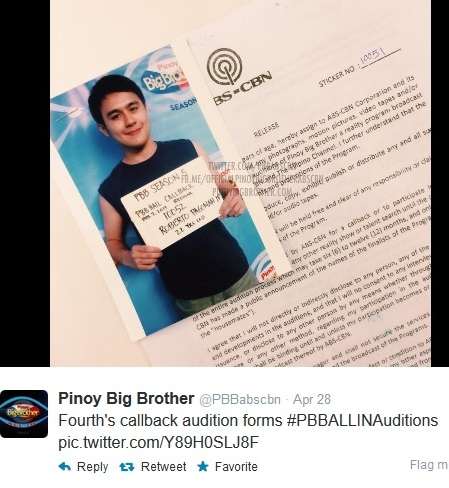 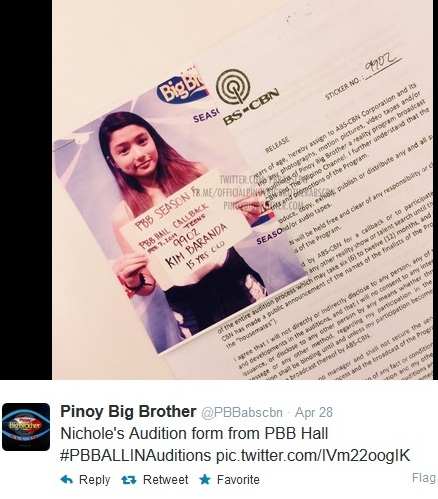 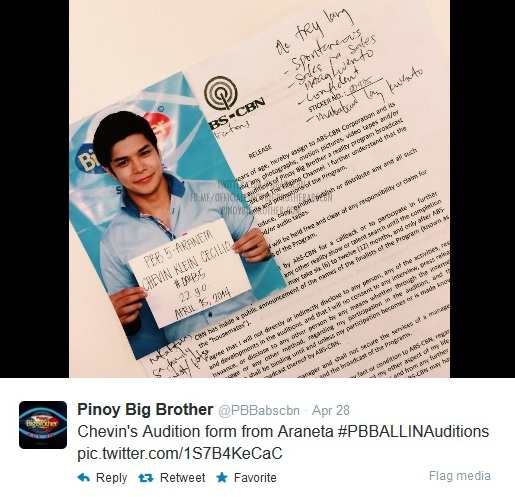 The term #pbbscripted catapulted to the number one spot of trending topic on Twitter during the show’s kick off on April 27,2014.

The show also makes history since all the terms on the trending topic is related to the Pinoy Big Brother All In show from ABS-CBN.

* This post will be updated once the audition forms and photos of the other housemates will become available. Housemate Photos from Pinoy Big Brother @PBBAbscbn twitter account