If you love Flappy Bird, you would probably have the same feelings for the Pugo game. It is another mobile game that’s going to put you on the edge of your seat.

The app was made available for download in the Apple AppStore on February 26, 2014. Two days after, it ranks number one in the top charts for free apps.

The Pugo app has the same concept as Flappy Bird and its gameplay is very simple. You just have to tap the screen of your smartphone to help the quail bird fly in the forest while evading trees and bushes in its path. By the way, Pugo is the Tagalog word for Quail bird.

Pugo can have up to three lives by collecting Philippine Flag scattered in the wild. The flags collected will help the bird survive up to 3 collisions or until its life runs out. 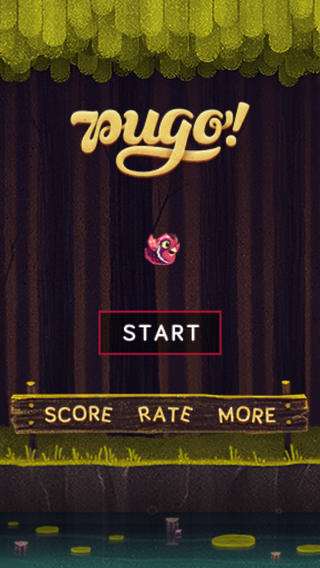 However, you have to avoid it falling on the ground as it will instantly end the bird’s journey. If this is the case, you have to start the game all over again.

Patrick and Camille Cabral are the minds behind this popular app. They are designers and artists based in Manila, Philippines.

They were inspired to create the game because of the defunct Flappy Bird. It took them only two months to complete creating the game.

They chose Pugo or Quail bird (in English) as the game character because they loved to eat kwek-kwek (boiled quail egg coated with orange batter) – a kind of street food found in the Philippines.

IOS device owners can download the game by visiting the app store. Go to the top charts free tab. You’ll find the game there. Android users, can download Pugo on Google Play once the game is available. If you can’t find the game, simply search for it on the search tab of your respective app stores.