Replay Video KathNiel in Be Careful with My Heart

Here is the replay video of KathNiel’s scenes in ABS-CBN’s TV series Be Careful with My Heart. It aired on Monday, September 16, 2014.

KathNiel’s Kathryn Bernardo and Daniel Padilla made an appearance in Be Careful with My Heart. They re-enact the love story of Manang Fe / Felicidad (Gloria Sevilla) and Mang Anastacio (Carlos Salazar).

The two scenes aired on the September 16,2014 Monday episode of the said TV series. The first scene was dubbed as “When Love Begins” which lasts for 2 minutes and 32 seconds. The second scene which was titled the “First Dance” lasts for 3 minutes and 1 second. 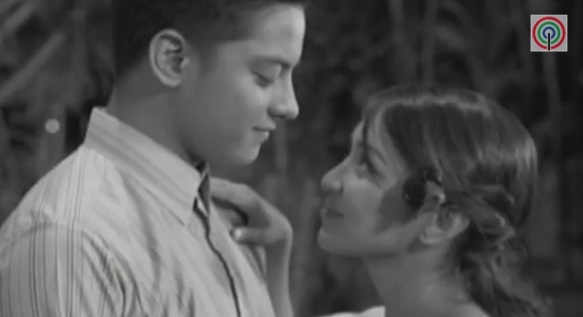 
As expected, fans and followers of both the top-rated TV series and KathNiel’s cannot contain their “sobrang kilig” feelings.

Some fans on youtube told that the love team is still cute together despite portraying a role that requires them to speak deep Tagalog and Visayan languages.

About the “Be Careful with My Heart” TV Series

For those who do not know, Be Careful with My Heart’s main casts are Richard Yap and Jodi Sta. Maria where they played the role of Sir Chief and Maya, respectively. The romantic morning drama show is one of the successful tv series of the ABS-CBN network. One of the reasons is during one of its airing it has a 31.3 percent rating nationwide.

Also, the TV network participates in the Metro Manila Development Authority (MMFF) of 2013 for its movie version the “Be Careful with My Heart.” Aside from that, the show also aired on the TV network from Malaysia (with Malay subtitles) and in Vietnam.

The show runs for more than two years from July 9, 2012, to November 28, 2014. It has 4 seasons and more than 600 episodes. Most of the show’s episodes were filmed in the Philippines though some episodes are filmed in Japan. The series’ theme songs include but not limited to “Please Be Careful with My Heart,” “When You Say Nothing At All,” “Kaba,”, and “Torete.”