Ryzza Mae Dizon finally bought a new car. Ryzza Mae will no longer have to commute going to the studio of longest running noon time variety show Eat Bulaga because she, and her mom bought a Kia Carens from the child wonder’s savings. This happened 8 months after Ryzza won Eat Bulaga’s Little Miss Philippines 2012 competition and become one of the mainstays of the show right after. 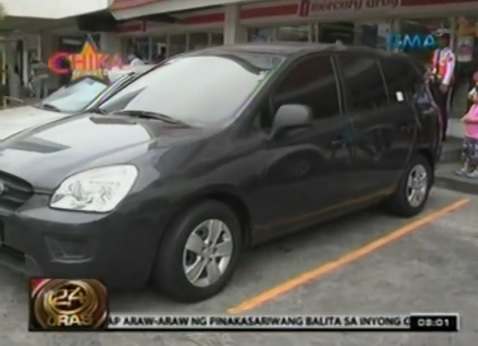 In an interview done by Pia Guanio in 24 Oras, Ryzza told that she was happy and still can’t believe she already fulfilled one of her dreams. According to other news reports, the child star is planning to buy a house somewhere in Fairview, Quezon City.

Watch the video from 24 Oras for details

Ryzza Mae Dizon together with Jose Manalo and Wally Bayola popularized the show’s new dance craze Cha Charap (Chacha DABARKADS) dance routine. The routine is so popular that there are different versions and replays being uploaded in YouTube by Eat Bulaga’s fans.

in Showbiz News
0 comments… add one

Next post: Is Conrad Onglao the New Found Love of Zsa Zsa Padilla?