Saab Magalona Mauled in a Party On Saturday Night May 31,2014

The 25 year old Saab Magalona was mauled in a private party organized by music icon Ely Buendia in Pasig City on Saturday night May 31,2014.

Unfortunately, a commotion took place caused by group of gatecrashers. Saab and others tried to stop the commotion and then the mauling incident happen.

Watch the full report below:

Saab was punched in the head several times by an intoxicated guy who apparently was member of the group that gatecrash the event.

Aside from the actress, the celebrant and other guests were also attacked good thing that they didn’t receive any major physical damage. 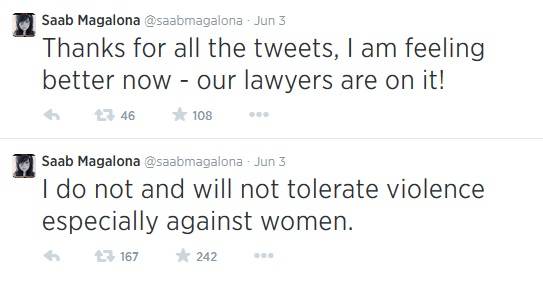 On June 3,2014, Saab Magalona use her twitter account to let her followers know that she do not tolerate violence specially against women and that she is OK.