Samsung Galaxy pocket price in the Philippines may be under Php5000. It  may be the cheapest and pocket friendly entry level smartphone yet from the Samsung galaxy line up at least if compared to Samsung galaxy Y which is priced at P5990.

The upgraded UI makes typing speedier and gives more accurate text inputs for both web searches and quick messaging. Wi-Fi and HSDPA 3.6 is also integrated in this smartphone to experience fast download and smooth web browsing. On the entertainment side Samsung galaxy pocket has built-in FM radio so users can tune in to their favorite radio station wherever they want.

It has 3GB memory (expandable up to 32GB) to store lots of MP3, Photos, and other downloaded apps. Design and appearance is just like any other Samsung galaxy phones though smaller. 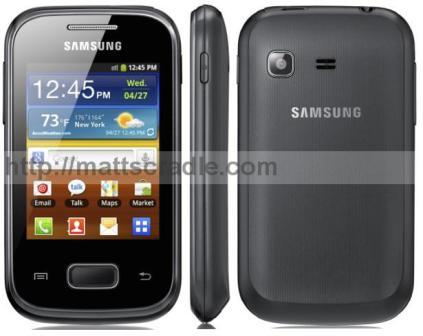