The term Dara and Sam Milby Lap Dance become one of the trending topics on Twitter during the night of 2NE1 All Or Nothing concert held at Mall of Asia Arena on Saturday, May 17,2014. 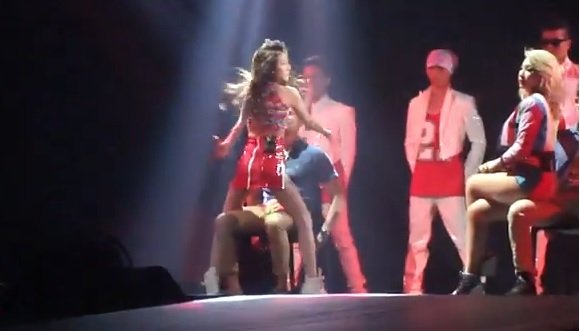 During the later part of their “I Love You” performance, four gentlemen and local celebrities; Ram of G Force, Jason Abalos, Joross Gamboa, and Sam Milby were asked to join them on the stage.

The crowd went wild when Sandara Park gave hunk actor Sam Milby an unexpected lap dance during their performance. Immediately, the two and the other members became trending on twitter.

Dara was paired to Sam Milby, Minzy to Jason Abalos, Bom to Joross Gamboa, and CL to Ram of G Force. For those who don’t know Sam Milby and Sandara Park have the same age. They are both 30 years old.